How green is your detergent?

Fragranced household products, even those labelled as ’green’, can emit large numbers of hazardous chemicals that aren’t listed on their labels, US researchers have confirmed. The research raises questions about the risks associated with these products and regulating the claims on their labels.

A team led by Anne Steinemann at the University of Washington in Seattle, US, used gas chromatography to analyse the volatile organic compounds (VOCs) released from 25 of the top-selling US products such as detergents, hand sanitisers and air fresheners, and found that they emit many hazardous compounds.

Among the most toxic of these were carcinogens such as acetaldehyde, formaldehyde, 1,4-dioxane and dichloromethane. According to Steinemann, the US Environmental Protection Agency states that there is no safe threshold for exposure to these chemicals. Other hazardous compounds found included methanol, cumene, hexane and chloromethane. 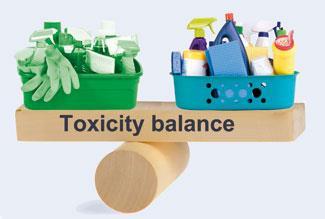 Under US regulations, companies are not required to disclose ingredients in a fragrance mixture. There is also no regulation over the use of terms such as ’green’, ’organic’, ’non-toxic’ or ’natural’. These claims appeared on 19 of the 25 tested products’ packaging or advertising, but the team found that they emitted toxic compounds as much as ’non-green’ products did.

’No one really knows the definitions of these words,’ says Ian Colbeck, an air quality specialist from the University of Essex, UK. ’I think it would help if the manufacturers agreed, in some way, to use these terms based on certain conditions.’

Colbeck is concerned by the lack of exposure studies on human beings. But Steinemann responds that, ’even if we had done exposure analysis, we cannot say based on that whether these products are safe. There are so many factors involved in the ultimate effects on health.’

Research into the toxicity of these products is challenging because the same air freshener may cause an asthma attack in one person, but a seizure in someone else, and have no apparent effect on another person, says Steinemann. The analysis is made more difficult as ’it may not be that a single VOC causes one effect and another VOC causes a different effect, but it may be that it is a mixture of VOCs that cause the harmful effect.’

However, Colbeck remains skeptical, ’I don’t think that householders should be particularly concerned about these products,’ he says. ’But it would be interesting to study the occupational hazards of these compounds in people who work, for example, at launderettes.’

Steinemann reiterates the gravity of the situation and urges researchers to investigate further and raise these questions to the regulatory authorities, ’Some people are known to react to much lower concentrations of these chemicals than we can even detect.’