Inching towards the island of stability

Researchers successfully trap and weigh atoms of an exotic short-lived element, throwing light on the stability of 'superheavy' nuclei

An international team of researchers has for the first time directly measured the mass of an element heavier than uranium. The work shows that it is possible to trap and weigh elusive superheavy elements and provides a key landmark on the route towards identifying a theoretical state in which hugely heavy elements can, against expectation, exist in a stable form - the so-called island of stability.

Michael Block from the GSI Helmoltz Centre for Heavy Ion Research in Germany and colleagues from Europe and the US successfully generated, captured and weighed isotopes of the element nobelium, which has 102 protons and between 150 and 152 neutrons, compared with the 92 protons that uranium has in its nucleus.

Until now, the mass of elements heavier than uranium, which have to be produced artificially in fusion reactors, has been inferred from the elements’ decay products which can introduce inaccuracies. 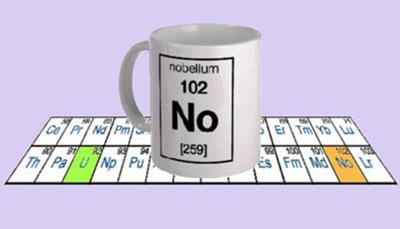 Researchers have directly measured the mass of an element heavier than uranium, nobelium, for the first time

As elements become heavier they generally become more unstable - cramming ever larger numbers of protons and neutrons into a nucleus leads to atomic fragility and spontaneous decay. However, theoreticians have predicted that there could be superheavy nuclei in which the configuration of protons, neutrons and the energy that holds them together - the binding energy - exist in a state that enables the atom to persist, the so-called island of stability.

Block’s team created tiny numbers of nobelium atoms in a fusion reactor - around one atom each second - and trapped them in an electromagnetic field. The atoms emerge from the reactor at extremely high energies and must be slowed down before they can be trapped. The team did this by forcing them through helium, sapping the nobelium atoms of their energy as if they were running through atomic treacle. The ’exhausted’ atoms are then drawn around a circular magnetic chamber - the frequency of the rotations can be measured and this equates to a highly precise measurement of the mass of the element.

’It is important to get accurate measurements of nuclear binding energies so that we can understand the nuclear structure of these superheavy elements,’ Block says. ’The plan now is to try and increase the proton number.’

Rolf-Dietmar Herzberg researches superheavy nuclei at the University of Liverpool in the UK. ’This is very important work indeed,’ he says. Decay events can give complex products and signals that are difficult to interpret, Herzberg adds, ’direct mass measurements are therefore crucial to calibrate this process.’