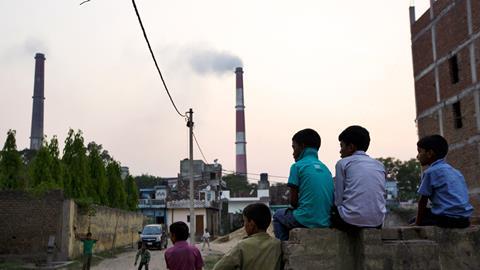 India has acquired the dubious distinction of becoming the highest emitter of sulfur dioxide globally, overtaking Russia and China. India now accounts for more than 15% of global anthropogenic emissions, according to a new Greenpeace study that analysed emissions tracked by Nasa’s ozone monitoring instrument satellite.

The Greenpeace study identifies thermal power plants as the major SO2 emission hotspots in India. It also highlights Norilsk smelter complex in Russia as the largest single SO2 emission hotspot in the world, followed by Kriel in Mpumalanga province in South Africa and Zagroz in Iran.

SO2 is one of the key pollutants contributing to deaths from air pollution worldwide. As well its adverse health effects from direct exposure, SO2 contributes to fine particulate matter (PM2.5) which is produced when SO2 reacts with other pollutants to form sulfate particles. PM2.5 is considered the air pollutant with the largest public health impact.

Nearly all of the SO2 emissions in India come from coal burning the report states. India consumed 965 million tons of coal in 2018–19 – three quarters of which was mined domestically. Most of this is used in coal-fired power plants, which account for 74% of India’s electricity generation. The study notes that two-thirds of all anthropogenic SO2 emissions come from power plants and oil refineries.

India’s Ministry of Environment, Forests and Climate Change introduced SO2 emission limits for coal power plants for the first time in December 2015, with a deadline to retrofit desulfurisation technologies by December 2017. However, intense lobbying by power plant operators and pressure from the ministry of power has pushed the deadline back to December 2019 for New Delhi and until 2022 for power plants elsewhere in India, angering environmentalists as well as public health experts. Coal received a further boost in India last week as the government approved 100% foreign direct investment in coal mining and infrastructure.

‘The situation is alarming,’ says Soundaram Ramanathan, deputy program manager with the Centre for Science & Environment in New Delhi. ‘But there is no urgency on the part of the government to upgrade the technology … they could have acted proactively.’ Sunil Dahiya, a clean air analyst with Greenpeace, says there is a lack of political will to reduce emissions. ‘There is no strict enforcement by the regulator and that’s [why] the polluters still manage to get new timelines rather than face strict penal action,’ he adds.

According to the 2018 World Air Quality Report published earlier this year, seven of the worst 10 cities and 22 of the worst 30 cities in terms of air pollution are in India. The World Bank estimates that air pollution costs India an equivalent of 8.5% of GDP. As well as its planned desulfurisation measures, India’s government has previously stated its ambition to increase the share of renewables in its total energy capacity to 40% by 2030, but coal is likely to remain a key component of its energy mix.