Last month, India’s Supreme Court rejected an appeal by Ranbaxy Laboratories’ former owners – brothers Shivinder and Malvinder Singh – against a Delhi High Court order allowing the Japanese drug maker Daiichi Sankyo to recover INR 35 billion (£386 million) from them. The Delhi High Court has since seized the Singh brothers’ unencumbered assets to ensure that Daiichi Sankyo is paid. With this, the brothers have reached the end of the road in Indian courts. 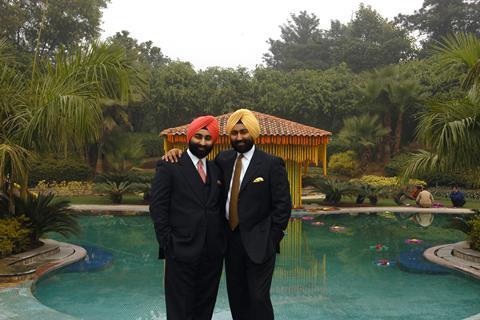 Shivender and Malvinder Singh at their residence, in Gurgaon, India

Earlier, on 31 January, the Delhi High Court upheld an April 2016 award by the Singapore International Arbitration Centre (SIAC) against the Singh brothers. The SIAC had ordered them to pay INR 25 billion in damages plus interest. Daiichi had moved the Delhi High Court to enforce the SIAC award.

The legal feud has its origins in Ranbaxy’s acquisition by Daiichi in 2008 for $4.6 billion in 2008. Shortly thereafter, it sharply came under the US Food and Drug Administration (FDA) scanner – following Ranbaxy whistleblower Dinesh Thakur’s complaints of data fudging and other irregularities – as it banned imports from two of its Indian plants. The US Department of Justice (USDJ) began an investigation the same year.

In May 2013, Ranbaxy USA, a subsidiary of the Indian company pleaded guilty to felony charges related to manufacture and distribution of adulterated drugs made at the two Indian plants. It also agreed to pay a criminal fine and forfeiture of $150 million along with $350 million to settle civil claims under the False Claims Act. This was the largest false claims case ever prosecuted in Maryland and the largest financial penalty paid by a generics company for Food, Drug and Cosmetic Act violations till then. Daiichi filed the case in Singapore in 2013, accusing the Singh brothers of concealment and misrepresentation of facts.

The SIAC’s 2016 order detailed the ‘path of deception’ followed by Ranbaxy’s erstwhile bigwigs – based on internal documents – which included data falsification to obtain approvals for over 200 drugs. The top brass at Ranbaxy wilfully hid all this from Daiichi – and the SIAC alluded that Ranbaxy shares were ‘pregnant with disaster’ when the Japanese company acquired it. Had Daiichi known the details they would not have inked the deal. However, the Singh brothers denied any wrongdoing before the SIAC.

Daiichi sold off Ranbaxy to the Indian generics giant Sun Pharmaceuticals in a $ 3.2 billion deal in 2015. Daiichi subsequently won the SIAC case.

‘We are disappointed by the [Supreme Court] decision,’ said the Singh brothers in a statement. ‘We maintain that there was no misrepresentation in the Ranbaxy deal to Daiichi Sankyo and these are false accusations against us made four years after Daiichi bought Ranbaxy,’ they added. The case had hurt and crippled the entire group, they conceded.

But the woes of the Singh brothers seem never ending. Recent media reports allege that the Singh duo had illegally siphoned off INR 5 billion a year back from Fortis Healthcare, India’s second largest hospital chain and a publicly traded company they controlled.

The Singh duo resigned from the boards of Fortis and Religare – the two companies they controlled – on 8 February following a massive furore. Meanwhile, the Indian government has launched a serious frauds investigation office probe against both companies as has the Securities and Exchange Board of India, which controls Indian bourses.

As a last ditch effort, the brothers are now looking to challenge the majority arbitration award in Singapore courts in April.