But neurotoxicology fears may be alarmist, say scientists

Industrial chemicals may have caused a ’silent pandemic’ by damaging the developing brains of millions of children worldwide, according to a review article published in The Lancet  on 8 November. But leading toxicologists say that this conclusion is alarmist and a gross over-statement, although the issue itself is of serious concern.

In their review, Philippe Grandjean of the Harvard School of Public Health and Phillip Landrigan, of Mount Sinai School of Medicine, New York, argue that the young human brain is uniquely vulnerable to toxic chemicals which can affect its development, even at low doses. Lead, methylmercury, and polychlorinated biphenyls (PCBs) have all been shown to damage early foetal development, and their industrial exposures are now strictly controlled. But this realisation took time; at first, the toxicity was only recognised at higher doses in adults.

So Grandjean and Landrigan recommend tighter regulation for any chemicals whose neurotoxic effects on children’s brains may have been overlooked. They set their sights on a list of over two hundred other industrial chemicals known to be toxic to the adult human brain. By analogy with compounds like lead, they argue, it is likely that these chemicals cause damage to developing brains at lower doses which are as yet unmonitored.

’Taking a precautionary approach would mean that early indications of potential for a serious toxic effect, such as developmental neurotoxicity, should lead to strict regulation,’ argues Grandjean. ’These could later be relaxed, should subsequent documentation show less harm than anticipated.’ He suggested to Chemistry World that a ten-fold decrease in allowed levels of industrial chemicals might be an adequate precaution.

The review brings up an important issue, toxicologists responded, but has overstated its case. ’The campaign is worthwhile: the protection of the developing human brain. Who could not support that? However, in their enthusiasm the authors verge on scaremongering,’ said Nigel Brown, head of medical sciences at St George’s, University of London.

Alan Boobis, also from Imperial College, said that one could not necessarily extrapolate from chemicals like lead to all modern industrial compounds. ’Studies have shown that the developing foetus is not systematically more sensitive to neurotoxicants than adults,’ he told Chemistry World. ’It depends on the compound.’

Boobis points out that the issue has more to do with risk management than scientific debate. Yet, crucially, the review did not consider the potentially negative consequences to society if the chemicals listed were banned or severely restricted under the precautionary principle. 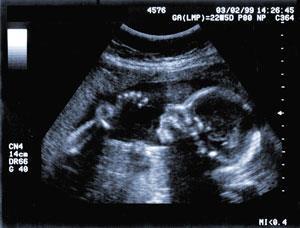 Do low levels of toxins pose a threat to the developing brain?

The planned European Union system of registration, evaluation and authorisation of chemicals (Reach) is a welcome example of the precautionary approach, Grandjean told Chemistry World, but it is not strict enough. ’Reach emphasises general toxicity and carcinogenicity, at the expense of neurotoxicity’, he said.

Paul Whitehead, chairman of the RSC’s Environment, Health and Safety Committee, said that although there were no specific requirements for neurological testing under Reach, protocols for testing were available if required. However, it is doubtful that industries could afford to rigorously test their chemicals for neurotoxic effects, said Mark Selby, a chemicals legislation consultant for Denehurst Chemical Safety, Burley. In practice it would be hard to define a test for neurotoxicity acceptable to industry that would also pick up long-term problems such as those caused by lead. ’The only way of knowing is health monitoring, which is well beyond the scope of industry,’ he said.