The European chemical industry has given a guarded welcome to planned legislation for the third phase of the EU’s emissions trading scheme (ETS), because the burden on its businesses will be less onerous than feared.

The ETS, introduced in 2005, is a key pillar of EU proposals to cut CO2 emissions by 20 per cent (from 1990 levels) by 2020. The scheme makes energy-intensive companies trade permits to emit CO2 so that they don’t exceed set emissions caps. Currently large combustion plants in chemical sites across Europe are covered. The post-2012 scheme is being expanded to cover installations emitting a minimum of 25,000 tonnes of CO2 (or equivalent) a year. This includes the production of bulk organic chemicals, hydrogen, soda ash, ammonia, sodium bicarbonate, glyoxal and nitric, adipic and glyoxylic acids. 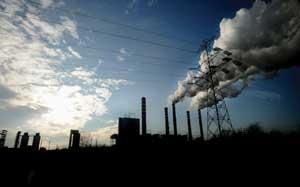 A chemical plant in Poland, where December’s ETS agreement was reached

But from 2013, the carbon permits - once handed out for free - will have to be paid for by auction. The European Chemical Industry Council (Cefic) had feared the energy-intensive chemical sector would be hit hard by this switch (Chemistry World, December 2008, p8). Aside from suffering a massive rise in costs, chemicals production would move out of the EU to areas where carbon emissions were not so expensive (so-called ’carbon leakage’).

Under a December 2008 framework agreement, however, the chemical and other sectors likely to experience carbon leakage will be doled out free allowances within certain caps (dictated by steadily decreasing benchmarks based on the CO2 emitted by the most energy efficient performers in each EU-wide product segment).

Companies within chemical sectors not considered to be exposed to dangers of carbon leakage will have to pay initially for 20 per cent of allowances within their caps, rising to 70 percent by 2020.

However, the industry is worried that once details of the benchmarking and free allowance scheme are thrashed out by the European Commission, some of its apparent gains may be lost.

’Unfortunately the process of getting what we want is not over yet,’ says Peter Botschek, Cefic’s energy and health, safety and environment director. ’There are lots of question marks over the agreement which was achieved in December under high political pressure,’ he adds. ’We hope that once the legal text of the legislation is finalised over the next few weeks we still have the safeguards we want.’