At least 800 employees at speciality chemicals producer Ineos’ Grangemouth, UK, site will keep their jobs, after the company reversed its decision to close petrochemical operations there. The company’s owners made the decision after the Unite union withdrew its opposition to a survival plan for the site, which included significant pension reforms. Ineos will now invest £300 million to offset ongoing losses and build a terminal to receive cheap ethane from the US. The company also says that it has Scottish government support for a £9 million grant application, and ‘prequalification approval’ for a £125 million loan guarantee from the UK government. 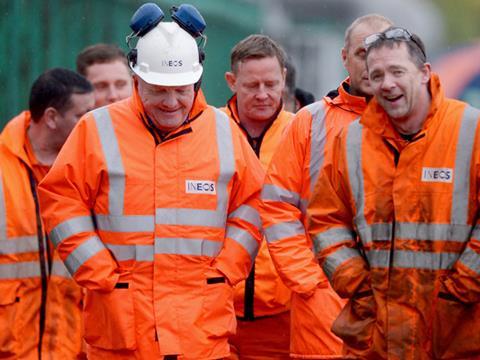 An engineer at the site, who wishes to remain anonymous, tells Chemistry World that he’s happy he doesn’t have to look for another job. ‘I think that for the next three years the site will struggle, but once the terminal is built it will make the same kind of profit that Ineos’ site in Norway is making at the moment,’ he adds.

Grangemouth is now restarting, after a shutdown that originated as safety preparation for a strike planned for 20 October over treatment of a Unite convenor. At all-night arbitration talks on 15 October the strike threat was withdrawn, but talks collapsed over defamatory statements Unite allegedly made about Ineos. After that meeting Grangemouth remained shut while Ineos consulted employees directly about its survival plan. Unite responded by calling this ‘blackmail’.

An Ineos spokesperson highlights that Grangemouth pension costs were 65% of salaries, compared to 15-20% of salaries at its other European ethane cracking facility in Rafnes, Norway. Nevertheless, the company says employee votes were split 50/50 on the survival plan, so it ‘could no longer continue to fund the business’.

Faced with closure, at emergency talks Unite accepted the plan, including a three-year pay freeze and pledge not to strike over the same period. Union agreements on site will also change, eliminating full-time convenors. The Ineos engineer approves of these moves. ‘The union has had a stranglehold on the site for years – it’s often considered that they run it, not Ineos,’ he says. ‘Having no strike option will take away some protection for the workers but allows the site to be open for the next three years. That’s the main thing.’

Shun Ling Yap, oil and gas analyst at Business Monitor in London, UK, thinks that without the union’s reversal, Grangemouth’s tightly-integrated petrochemical and fuel refinery operations could both have closed together. As well as endangering a further approximately 570 further Ineos staff, that would have meant the country needed to import more refined fuels. ‘Closures could be more common through Europe for the rest of the decade at least, as refining margins continue to be squeezed by high production costs,’ she adds. Meanwhile, shipping in US ethane could eventually give Grangemouth’s petrochemicals an edge, as one of just four ethane-compatible crackers competing with around 40 naphtha crackers in a struggling European market. ‘The US shale revolution has seen its petrochemical exports become a lot more competitive than north-west European ones,’ Yap stresses.