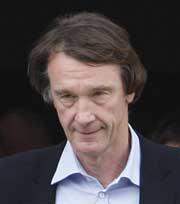 As recession bites the petrochemicals sector, worrying signals emerged from Ineos, the world’s third-largest chemicals company behind Dow and BASF. Sharp drops in the prices of oil and petrochemicals saw it negotiating to waive covenants on its bank loans in December, and shelving plans to build four biodiesel plants across Europe.

Ineos’ difficulties reflect the severe impact of a recession which analysts say may force radical restructuring, takeovers, or breakups in some bulk chemical companies in North America, Europe and parts of Asia.

By late 2008 the company employed 16,000 staff at 70 manufacturing sites in 14 countries, and had annual revenues of

30 billion. Yet as 2008 earnings plummeted (dropping 20 per cent in the third quarter compared to 2007) Ineos was in danger of infringing covenants on bank loans that stipulated debts should not be too high a multiple of profit.

The company successfully agreed a temporary waiver of the covenant with banks, in return offering to pay higher interest rates on its loans and draw up a revised business plan by April 2009.

And in order to avoid spending any more of its capital than necessary, Ineos scrapped plans to build biodiesel plants in Belgium, France, Germany and Scotland.

’It should not have any difficulty paying its interest payments [

500 million annually],’ says Paul Hodges, chairman of International eChem (IeC), a chemical industry consultancy. ’The challenge will be the repayment of the loans which are due later [around

6.5 billion is due to be returned or refinanced from 2012]. With one or two other petrochemical companies, Ineos will be testing during this recession a new business model for running a commodity chemicals operation with relatively high levels of debt.’

According to a report published by management consultancy firm KPMG, European petrochemical companies are not only facing problems caused by the recession. Theyare also expecting increased competition from Middle Eastern rivals that have access to an abundant supply of cheap oil and gas.

’More than 53 new plants could come on stream by 2012 [in the Middle East] which, if taken together with investment in Asia, could lead to European players being marginalised on the global market,’ says Chris Stirling, European Head of Chemicals at KPMG.

The report suggests that European companies need to team up with those in the Middle East to access their feedstock resources - something Dow has done with the formation of K-Dow, a joint venture with the Kuwait Petroleum Company.

’There is a real danger that some petrochemical companies - at least in their present form - will not survive this recession,’ summarises Philip Leighton, a petrochemicals consultant at Jacobs Consultancy, London. ’There will be a much bigger shakeout in the petrochemicals industry than we have seen in previous recessions.’

Ineos was founded by Jim Ratcliffe, a chemical engineer and former Esso employee. In just a decade it has grown to be the world’s third largest chemicals company (by revenue), by snapping up unwanted parts of other businesses, the acquisitions funded mainly with debt. Ratcliffe has said he has no plans to take the company public.

The company started business in 1998 when it took over an ethylene oxide and ethylene glycol plant which used to be owned by BP. Since then BP has sold around two-thirds of its previous petrochemicals activities to Ineos. The biggest deal by far was in 2005, when Ineos paid $9 billion for Innovene, BP’s main olefins and polymers business.

Ineos was still buying up BP businesses this year. In April it completed the acquisition of BP’s UK-based operations in vinyl acetate monomer and ethyl acetate. The company has also picked up businesses divested by companies such as Amoco, BASF, Dow Chemical, ICI, and Solvay .