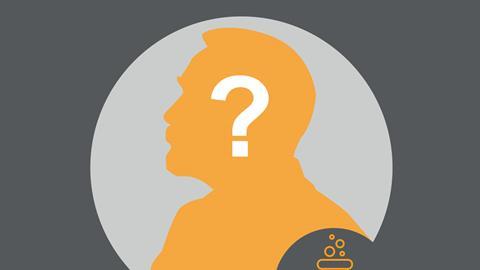 Inspired guesswork goes up against number crunching for Nobel predictions

Organic synthesis is going up against biochemistry for this year’s predictions of who will take home chemistry’s most coveted award – the chemistry Nobel prize. With just two weeks until the laureates are announced, Web of Science’s citation data analysis team has put forward cycloaddition reactions, Southern blot gene analysis, and protein and DNA sequencing as their chemistry Nobel champions.

Community polls, however, favour scientists such as lithium-ion battery icon John Goodenough, MOF maven Omar Yaghi and discoverer of the Crispr gene-editor Jennifer Doudna – names that have repeatedly come up when discussing chemistry’s most prestigious award.

Web of Science analysed 47 million papers in its database, selecting their candidates from the authors of the 0.01% of studies that have been cited more than 2000 times. Now in its 17th year, Web of Science’s analysis has successfully predicted 50 Nobel laureates (although not usually the year that they receive the prize), including Fraser Stoddart (2016 prize) and Martin Karplus (2013 prize). Twenty-nine citation laureates won their prize within two years of being listed.

Web of Science’s prediction for the chemistry Nobel this year are Rolf Huisgen and Morten Meldal for developing their eponymous cycloaddition reactions, Edwin Southern for his single gene analysis method – the Southern blot, and Leroy Hood, Marvin Caruthers and Michael Hunkapiller for protein and DNA sequencing and synthesis.

Web of Science’s physics prize predictions include some chemistry themes, too. Suggestions include Tony Heinz, who uncovered the properties of 2D materials including graphene and molybdenum sulfide, John Perdew’s work on advancing density functional theory for electronic structure calculations and Artur Ekert for work on quantum computing.

For the physiology or medicine Nobel, Web of Science suggests Hans Clevers’ discovery of a biochemical signalling pathway that plays a role in stem cells and cancer, John Kappler’s and Philippa Marrack’s research into the immune system’s self-tolerance, and optogenetics – using light to control living cells – developed by Karl Deisseroth, Ernst Bamberg and Gero Miesenböck.

Meanwhile, by harnessing the wisdom of the crowd, a Chemistry Views poll’s most popular predictions for the next chemistry laureate are Krzysztof Matyjaszewski, the developer of atom transfer radical polymerisation, astrochemist Ewine van Dishoeck, who hunts interstellar molecules, and (again) MOF pioneer Omar Yaghi. Matyjaszewski and Yaghi were community favourites in last year’s poll.

Several of these names have appeared in past chemistry Nobel predictions. Last year, Inside Science suggested Doudna alongside Crispr co-discoverer Emmanuelle Charpentier. They also put forward Barry Sharpless as a possible repeat winner. He won the chemistry prize in 2001 for asymmetric oxidation reactions but could win again for developing click chemistry reactions.

So, the #chemnobel announcement is 4 weeks today and there has already been a bit of chat about what it might be. So, here's the obligatory poll... what do you think will garner the prize? (Leave comments suggesting what might win if none of the options in the poll...)

The winners of the chemistry Nobel prize will be announced on Wednesday 9 October and Chemistry World will be live blogging the event. The physiology or medicine prize will be awarded on Monday and physics on Tuesday.