The reorganisation comes as Japan searches for ways to reduce its national debt.Radical plans to merge the IACs were adopted at a cabinet meeting in December 2009, and followed by a budget screening in April 2010. Half a year later, the basic policy was adopted by the cabinet. The merger plan changed repeatedly during this time: originally, MEXT said at a news conference on 18 January it planned to merge eight organisations, but two days later it announced that the Japan Atomic Energy Agency (JAEA), the National Institute of Radiological Sciences (NIRS) and Japan Aerospace Exploration Agency (JAXA) would remain separate. 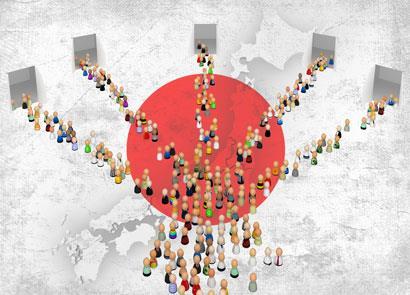 ’If the revision of the General Rule Act for IACs is agreed in the ongoing ordinary Diet [Japanese parliamentary] session, the handling of the individual IACs is carried out in the next year, then the merging will probably take place in about April 2014,’ a JST spokesperson tells Chemistry World. The JST has concerns that it will not be able to distribute funds in a competitive manner for the four merged institutes, if they are managed in a similar way to the previously merged National Agriculture and Food Research Organization. The JST now plans to explore ways to ensure funding is allocated in a transparent manner, while looking to European and US funding models to improve research impact. Riken president and chemistry Nobel laureate Ryoji Noyori, speaking in a personal capacity, has criticised the proposed budgetaryprocessfor science and technology.

’If the governance form of institutes like the Max Planck Institute is taken after consolidation, the independence of each research organisation will be almost guaranteed,’ says Sukekatsu Ushioda, president of the NIMS. However, he says the merger strengthens the control the government has over science and will weaken innovation and blue skies thinking. ’The improvement of these organisations is itself worthwhile, but the present plan is not a result of the discussions on the role and concept of the independent administrative agencies,’ says Yasuhiro Iwasawa, chairman of the Chemical Society of Japan.

’The concept and future goals are unclear. It is deeply concerning that the number of researchers, technicians and post-doctoral researchers will decrease. Even so, if the essential arguments about the research directionality are covered sufficiently before the consolidation, the drop in scientific studies should be small.’