The scientists are fighting on two fronts. At home, top scientists are loudly criticising the proposed cuts as short-sighted and damaging to Japan’s position as a global science power. And Japan’s scientific establishment is appealing to international colleagues abroad, calling on them to speak out against reductions in research funding. 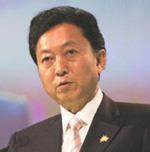 With final budget decisions expected by the end of the month, the stakes are high, according to Yoshihito Watanabe, a chemist and vice president at Nagoya University, Japan. Some programmes are facing funding cuts of up to 30 per cent, Watanabe told Chemistry World, and should all proposed reductions be approved, he estimates it would result in a total research budget cut of about 10 per cent.

’We have never experienced these types of brutal budget cuts before,’ says Watanabe.

The proposed funding reductions are part of a broader deficit reduction plan by Prime Minister Yukio Hatoyama, who was elected on a reformist platform in August, defeating the long-governing Liberal Democratic party. Hatoyama vowed to cut ?3 trillion (?21 billion) of what he sees as wasteful spending from Japan’s total proposed ?95 trillion budget for fiscal 2010, which begins in April.

In November, in an effort to make the previously secretive Japanese budget process more transparent, the new government held public hearings on a wide-range of spending areas, including research.

The panel recommended a variety of cuts, spending freezes, or delays in several major research projects, including a project to build the world’s fastest supercomputer, a proposed experimental GX rocket project, the Spring-8 synchrotron in Harima, and the KEK particle-physics lab in Tsukuba.

The proposed cuts unleashed an unprecedented flood of public criticism from Japanese scientists and academics, including stinging condemnation from Nobel Prize-winning chemist Ryoji Noyori and three other Nobel laureates during a hastily convened press conference. 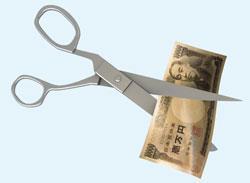 Koji Nakanishi, a Japanese native and long-time chemist at Columbia University in New York City, US, who received his doctoral degree from Nagoya University in 1954, says he is most concerned about the effect of budget cuts on ’pure science’ in Japan, which he says is a global leader in natural products chemistry and synthetic chemistry.

Watanabe believes scientists from around the world could help persuade the Japanese government to reverse course on the proposed budget cuts. ’We need the support of international colleagues and science communities,’ he says.

In another attempt to rally support from the global science community, Atsuto Suzuki, director general of the High Energy Accelerator Research Organization (KEK) in Japan, issued a statement on 1 December outlining the negative effects budget cuts would have on KEK. ’Future recovery from this set-back could easily take years, and require greater amount of budget than the amount cut next year,’ he said. ’Neglect of the importance of fundamental research could result in a long-term stagnation of our national competitiveness.’

In a later statement, Suzuki noted that ’one of the most serious flaws’ he had noticed in the budget allocation process was that evaluations of scientific projects were ’based on insufficient information’ and no explanations were given for decisions.

’We must invest in our future,’ says Suzuki, adding that Japan’s current social and industrial infrastructure is built on discoveries in basic science such as electronics, computers, lasers, and nuclear power. ’No such critical technologies would have resulted if not for the efforts and resources put in the fields of basic science,’ he says.

Gerhard Erker, an organic chemist at the University of M?nster in Germany, which collaborates closely with Nagoya University in chemistry research, says he believes that no matter how competitive, most serious chemists around the world would not want to see damaging research cuts in Japan.

’In my opinion, Japan is one of the top science nations in the world,’ he says. ’In a globalised science world, any serious cuts in that system would affect us negatively.’

Ei-ichi Negishi, a chemist at Purdue University in the US, is in general agreement with scientists in his native Japan that massive cuts in research spending is a step in the wrong direction.

’More money, not less, should be spent,’ says Negishi, who has spent the last half century in the US and is the discoverer of Negishi coupling.

However, he believes that research evaluation systems in Japan are not open and not democratic. Noting that fair and objective evaluation of research projects is a difficult issue, he believes Japan’s scientific establishment shouldexploit the current negative situation by turning it into an opportunity for positive change. 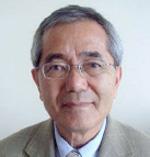 ’It should be an appropriate time to establish an open democratic research evaluation system which should promote good viable projects,’ he says. If recent activities to publicly evaluate government projects could lead to more open, objective, and functional evaluation systems, it would be ’a major advance in Japanese scientific community’ says Negishi.

That said, Negishi agrees with criticism of the current government research budget evaluation team, saying it ’appears to lack the necessary expertise to objectively and scientifically evaluate research projects.’

Negishi sees chemistry research in Japan as ’one of the top several in the world,’ although admits it may still lag behind some other countries in ’fundamental creativity.’

’Japan is still searching for something comparable with the creation and early exploratory development of DNA-based biology and medicine and computer-based IT technology,’ he says. ’Even so, Japan’s current scientific level is such that it is one of [perhaps] a dozen nations that are potentially capable of making fundamental and major breakthroughs at any time in the near future.’

US funding boost - a threat to EU science?

As President Obama announces billions of dollars in science funding, is Europe at risk of a ’brain drain’?

Academics worried about move towards economically-driven funding of research.