Preview: some chemistry labelled as green may be nothing of the kind, warn researchers who worry that mediocre science is damaging their subject

Some chemistry enthusiastically labelled as green may be nothing of the kind, warn researchers who worry that mediocre - if well-meaning - science is damaging their subject.

Supporting green chemistry sounds like a no-brainer. Who wouldn’t want to promote sustainable, cleaner chemical processes and products, less hazardous to humans and the environment, and providing economic benefits to industry? Indeed, since growing pains in the 1990s, when the subject was sometimes dismissed as a ’soft’ buzzword, green chemistry has flourished. The field is now helpfully focused on 12 principles invented by Paul Anastas, at Yale University, US, and John Warner, of the University of Massachusetts, Lowell, US. Its research is published in dedicated journals such as Green Chemistryand Clean- with another, Green Chemistry Letters & Reviews, launching this year. International green chemistry prizes are awarded to academic and industrial researchers for developing new processes, solvents and catalysts, and, in the UK, the Engineering and Physical Sciences research council has directly targeted ?2 million this year at green and sustainable chemistry. 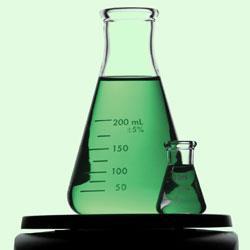 Unfortunately, this welcome bandwagon of support has attracted research which trots out green claims without sufficient thought. ’Often new chemistry technology labelled as green is, on closer analysis, not so environmentally friendly,’ sums up Andrew Wells, head of green chemistry R&D at AstraZeneca. Wells recently co-authored a paper in Angewandte Chemie pointing out that water - apparently a safe and environmentally friendly solvent - is not always so green: in reactions catalysed by small organic molecules, the final waste-stream of water contaminated with organics may be difficult and costly to clean up.1 Similarly, says Walter Leitner, editor of Green Chemistry, using a renewable feedstock may not make a reaction greener, if the new process turns out to be inefficient, hazardous, or hard to clean up.

It might seem surprising that green chemists need to point this out. ’It is obvious that an improvement in one single aspect does not necessarily result in a more sustainable process,’ says Leitner. But the problem, green chemists agree, is that researchers just aren’t bothering to check whether greening one area of a chemical process may create problems further down the line.

’What you often see is single issue sustainability (SIS) - as in, "I eliminated the nasty solvent so things are now better,"’ laments Eric Beckmann, of the University of Pittsburgh, US. Ideally, he says, researchers should take a holistic view from the outset, considering their proposal’s impact on an entire chemical process via so-called life cycle analysis (LCA). ’Not including the LCA is not purposely done; people often just think naively that if you don’t know, it doesn’t matter,’ says Istvan Horvath, chairman of a European group aiding cooperation in green and sustainable chemistry.

At its worst, says Ken Seddon, leader in the field of ionic liquids at Queen’s University Belfast, UK, this ’ignorance is bliss’ approach has led to whole fields of inquiry labelled ’green’ without qualification. Ionic liquid solvents are a cautionary tale, says Seddon. Because of their low volatility they were often generically classed as green; a lazy tag which aided a media-hyped backlash against the salts when some were found to be toxic. In reality, Seddon says, ionic liquids are just useful solvents which can be designed to be benign (even edible) if required.

Ill-conceived research is hardly unique to green chemistry, but it may be especially damaging to the subject, which remains fragile in academia with little direct funding available, especially in the US. Seddon says that publications referring to green chemistry have peaked and are on the decline. He feels that researchers may avoid framing their work in green chemistry terms, afraid that the term has become devalued. ’Referees do see red when they see the word "green",’ Horvath agrees. Many scientists practise aspects of green chemistry without mentioning the field at all, of course: for example, when inventing new efficient catalysts. But in these cases, the important holistic focus on a full LCA is easily left behind.

Yet to focus on criticisms is unhelpful, says Martyn Poliakoff, who works on supercritical carbon dioxide at the University of Nottingham, UK. ’Ever since green chemistry began there has been a certain self-righteousness among those who are already doing green chemistry. This is a fundamentally wrong approach. Of course sometimes people claim green things which aren’t green - just as they claim things are new which aren’t new,’ he says, pointing out that attracting more people to think about green chemistry is the key aim.

’Even an ungreen process can be an advance on something horrific,’ he says; as Horvath agrees, a new process need not be absolutely green, but only relatively greener than its predecessor.

Admittedly, it is unreasonable to expect new research to ’green’ a whole process life cycle. But green chemistry protectors say they just want a little more hard thought and honesty. A thorough LCA isn’t expected, since it’s too complex and time-consuming. And even simplified metrics will favour different processes, depending on which aspects are seen as most worth greening.

’But people should at least go through the motions of talking about metrics. I would prefer nebulous honesty: "this process is better on some metrics and worse on others,"’ says Beckmann.

Why aren’t chemists already fulfilling such a simple request? The cynic might suggest that some are only terming their research ’green’ to curry political favour or funding, though John Whittall, of the UK’s chemistry and innovation knowledge transfer network, says UK grant applicants are encouraged to give some metric justification for their green claims.

The greatest problem, says Terry Collins, director of the Institute for green oxidation chemistry at Carnegie Mellon University, US, is lack of education. ’Chemists, remarkably, are not trained in toxicity and ecotoxicity,’ he says, so they don’t grasp the importance of these properties. A recent Berlin meeting on ionic liquids, for example, concluded that toxicity information was key to helping chemists design benign solvents; and agreed on the need for a database listing the ions contributing to toxicity. 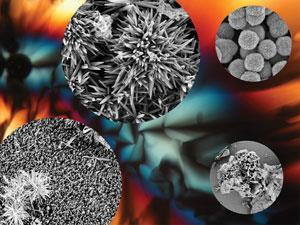 Beyond green: ionic liquids are finding a range of applications, including the synthesis of inorganic materials

Warner wants chemists to take courses in toxicology, environmental mechanisms of harm, and law and policy. He points out that society and industry alike expect scientists to appreciate these issues.

Last year’s AstraZeneca green chemistry award, for example, went to chemists at Pfizer who transformed the organic synthesis of pregabalin, a drug to treat neuropathic pain, into a process that could be performed entirely in water, with the key synthetic step carried out by an enzyme - saving around 15 million gallons of solvent a year. Unlike the reactions criticised by Wells, this enzymatic system does not see organics carried into the waste stream.

For industry, the drive to economise means that green chemistry processes were discovered long before the field’s academic principles were invented. But industrial green chemistry is still informed by academia. In 2005, the American Chemical Society’s Green Chemistry Institute and global pharmaceutical corporations formed a green chemistry roundtable, to encourage academics to meet industrial need. They have recently published a paper on key research areas: ’one of our goals is to inform and influence the research agenda, to steer academics to work on chemistry that does need greening,’ says Wells, a roundtable member.2

Anastas and Horvath will publish a concept paper this month that surveys the progress in green chemistry. They agree that green chemists are only just beginning to identify the most important research questions.3 The long-term aim, perhaps, is to incorporate green thinking into mainstream chemistry, rather than fencing it into a specialised field. Fighting green chemistry’s corner against muddied thinking is also crucial. ’What green chemistry needs is honesty and high-quality science,’ says Horvath. But Beckmann is worried that the subject may soon be dominated by climate change, with its insistence on reducing carbon emissions at the potential cost of anything else green.

Despite these challenges, Anastas remains hopeful for green chemistry’s prospects, especially in developing countries. ’In China, India, and Africa, these folks are concerned with green chemistry innovation,’ he says. ’Like them, I’m a strategic optimist: I’ve chosen to be optimistic because pessimism doesn’t get you anywhere.’