Keeping science in the family

Robin McCarley tells Vibhuti Patel about his work on bioanalytical sensors, motivating his students and the family that inspired him to become a scientist 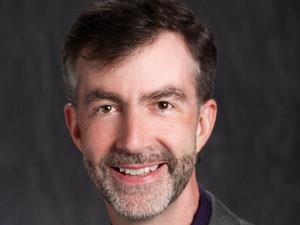 Robin McCarley is professor of chemistry at Louisiana State University, US. His research spans liposome systems, surface chemistry, polymer chemistry, nanoscience and bioanalytical/physical chemistry. His current interests are in stimuli-responsive materials in solution and on surfaces, and modified polymers for use in lab-on-a-chip technologies.

You work on bioanalytical sensors – why is this an exciting area of research?

It’s really a nexus region where you bring together people from so many different, diverse areas of training and background. That to me is exciting because I think that’s the way we’ll solve a lot of scientific problems in the future. No one principal investigator can attack problems by themselves anymore – you need to have an integrated knowledge base. At the same time, the challenges are all over the map: food, human health and environment. It’s amazing to consider the cross-cutting nature of research right now.

Could you tell us a little more about your own research?

Our group is a mixture of diverse people and research areas. One aspect is responsive materials for intracellular imaging of cancer enzymes, which is based on a project that previously related to drug delivery. It’s about building molecularly responsive materials that respond to specific stimuli, so you can start to think about enzymes associated with specific conditions, such as cancer or rheumatoid arthritis or a variety of other human diseases. Alongside this, we have other projects looking at stimuli-responsive materials in microfluidic devices, for example to pull a number of different proteins out of solution while adding selectivity using different boronic acids to look at glycosylated proteins or those with other post-translational modifications. We’ve had this stimuli-responsive theme for several years now, and that’s just one part of the group! We also work on environmental analysis, looking at inorganic materials that act as catalysts for the production of radicals that are persistent and stay in the environment for a long time. This is a human health issue, with respect to cardiac and lung function.

How do you motivate, encourage and advise your students?

I motivate them by going after challenges that excite me, and I think that excitement translates across to my students. I haven’t taken any psychology courses, but I think that sometimes enthusiasm is contagious and enthusiasm about science transfers quickly to other people! It’s also about having a deep, fundamental desire to understand more about the systems that we study. From an educational perspective, it’s about having diverse training, which I’ve been able to experience since my time as an undergraduate. I try to teach my students that science today is too complex to do alone: being able to work with other people, and having a lexicon so you can successfully interact, is really important. Whether you work in academic research, in a national laboratory or in industry, you have to be able to communicate effectively.

I’ve had several people in my life who have been influential. My maternal grandmother was a public schoolteacher for many years, as were her four siblings, and she just had a lifelong thirst for knowledge. That carried on with her daughter, my mother, who had a very strong interest in finance and the stock market but also in medical research. My father worked for a pharmaceutical company for almost 40 years, and was a certified drug agent with the Food and Drug Administration here in the US. He made everything from controlled substances to products for babies; his job was very diverse and made me understand work ethic because he was a very hard worker and that, to me, is part of success. There’s also one other person in particular who really inspired me, and that’s my high school chemistry teacher Richard Elliston, who sadly passed away a couple of years ago. He really motivated me to fall in love with chemistry and science in general.

You obviously have a great love for chemistry and are very successful at it, but if you weren’t a scientist what would you be?

I could give you the whimsical response of being a truck driver, because that’s what my older brother did when I was in the third grade and I always mimicked him! I think if I could go back and choose another path, just from the point-of-view of pleasure, I like history and politics so perhaps to enter that arena and educate people why it’s important to invest in science and technology transfer. I think that would have been very rewarding, and I’d be able to speak to people without confusing them with acronyms!

I understand your wife is also an analytical chemist. How does it affect a household, having two career scientists under one roof?

Yes, a mass spectrometrist. We’ve actually collaborated a lot over the years and have several joint publications together. When we first met, we felt that our mutual value of education would be a strength in our family life, and we enjoy talking science. We’re both very analytical, and try to make our decisions based on fact rather than feeling, for the most part, which has been good for us personally. We have young children, and they cannot resist becoming interested in science when they see our enthusiasm for it. So, they understand that getting a broad-based education is very important.

Finally, what current scientific developments are you most excited about for the future?

We have a lot to learn about the interface between biological and man-made systems. I think there are a lot of things we are not yet aware of, for example, how do nanomaterials interact with the human body? The other thing that excites me is that whatever aspect of research you look at, there’s now a computational angle and it’s about bringing that together with the experimental to answer new questions. For my own research, no matter the topic, it’s not the results I can explain that excite me the most, it’s those that I can’t.