The clamour for supplies of trimethylgallium from GaN light emitting diode (LED) manufacturers has caused the first price rise for the metalorganic compound in industry players’ memories. Akzo Nobel High Purity Metalorganics (HPMO) increased its prices 15 per cent in January, after monthly sales volumes doubled over the previous half year.

Akzo Nobel HPMO is currently operating at maximum trimethylgallium (TMG) output capacity but says that the price rise will enable it to rapidly undertake ’sizeable expansions’. ’We plan to soon have more capacity on stream if justified by the margins we project,’ said Michiel Floor, global manager for Akzo Nobel’s HPMO business. ’We now expect the industry to grow at over 20 percent per year,’ he told Chemistry World. ’The demand increase is almost 100 per cent related to white LEDs for backlight applications.’

’LEDs are being used to backlight LCD TVs, monitors and notebook/netbook computers,’ explained Tim Carli of market analyst Strategies Unlimited. Samsung, currently the major proponent of ’LED TV’, sold 2.6 million LED TVs in 2009, up from just a few hundred thousand in 2008. By comparison adoption of LEDs in notebook LCDs is even more advanced, demonstrated by Dell’s commitment to reach 100 per cent conversion from fluorescent backlights to LEDs by September 2009. Taken together, these trends began to create LED shortages in the second half of the year, Carli says. 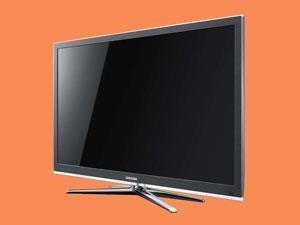 Samsung’s LED TVs, like the LED 6500 pictured above, are driving demand and pushing up prices for trimethylgallium

Floor’s growth outlook is closely echoed by Asif Anwar of Strategy Analytics, author of the ’Flat-panel TV LED Backlighting Market 2008-2013’ report, published in December. ’The backlighting market is a precursor to general lighting, which we forecast really starting to develop from 2012 onwards,’ he explained.   ’You’re talking growth rates of 10 to 15 per cent through to 2013/2014,’ Anwar said, ’and that may even be on the conservative side.’

Barry Leese, president of rival metalorganic supplier SAFC Hitech, emphasises that overall TMG volumes - which reach several tons per year - are still comparatively small, however. SAFC Hitech is yet to follow Akzo Nobel’s suit, with TMG supplies traditionally exceeding demand, allowing LED makers to force prices down. ’This is the first time I can recall anyone announcing an increase but it is fully justified by increased prices of raw materials, which have not been passed on for a number of years,’ Leese said. ’Whether or not the increase sticks in the marketplace remains to be seen.’

Floor claims that Akzo Nobel supplies up to 40 per cent of the world’s trimethylgallium, and has seen a disproportionately large chunk of 2009’s growth. This makes the company well-placed to make predictions, and the executive says that demand will be ’very strong for the foreseeable future’.

Leese’s experience suggests in turn that if such robust demand is seen, price rises will be needed to make the corresponding output increase possible. ’With pricing for trimethylgallium being historically so low it has been difficult to justify investment in extra capacity,’ he said.