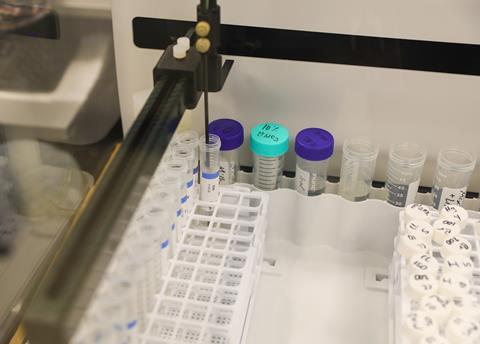 A new method for simultaneous measurement of 71 inorganic elements in liquids – including water, beverages, and biological fluids – makes element testing much faster, more efficient, and more comprehensive than was possible in the past.

Scientists have developed a new inductively coupled plasma mass spectrometry (ICP-MS) calibration method that means users can accurately determine the presence and amount of up to 71 elements simultaneously from any one sample.

Analytical chemists have traditionally used ICP-MS to determine the elemental composition of a sample. However, this technique is best for identifying individual or small groups of elements. The drawback of traditional ICP-MS methods is that it identifies each element sequentially. This not only uses valuable time and ties up the instrument for longer; but checking for more elements depletes the sample.

A team, led by Timothy Bromage of New York University College of Dentistry in the US, has now developed a new calibration method for an ICP-MS set-up that focuses and distributes ions of different masses along a flat plane. This method is designed to detect many different elements at the same time, reducing experiment time to between seconds and several minutes.

Having developed the new calibration method, they confirmed and quantified the presence of elements ranging from lithium to uranium in 15 samples including different types of water from across the globe, drinks including beer, wine and milk, and biological samples such as saliva and blood. Such detailed elemental fingerprints could be used to build a better picture of the environmental factors that affect everything from wine to ancient ice core samples.