Scientists paid tribute to Lord Sainsbury as he resigned after eight years as UK science minister. The former chairman of Sainsbury’s supermarkets said he had stepped down for personal reasons, preferring to concentrate on his business interests and charitable work.

Sainsbury was appointed Parliamentary Under-Secretary of State for Science and Innovation in July 1998, and has been lauded by scientists for his dedication to the role. ’David Sainsbury has been unusual among Science Ministers because he actually wanted the job, rather than seeing the role as a stepping stone to a higher office. He has earned the respect of the science and engineering community by showing real interest in our work and presiding over unprecedented increases in the science budget,’ said Peter Cotgreave, director of the Campaign for Science and Engineering.

The longest-serving government minister after the Prime Minister and Chancellor, Sainsbury will continue to sit in the House of Lords and will be carrying out a review of the government’s policies on science and innovation. 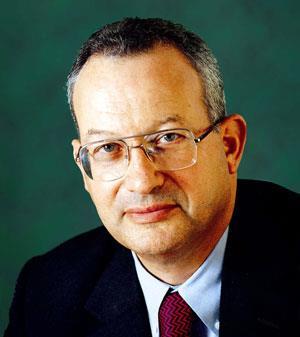 Lord Sainsbury was well liked by the UK scientific community

’Lord Sainsbury has championed science in all its aspects. He will be particularly remembered for highlighting the need for the private sector to link up with research in universities which has enabled us to leverage the basic science into applications that can offer benefits to society,’ said Susan Greenfield, director of the Royal Institution.

’He has performed the role with a level of charm and personal interest that has impressed all of us who have had dealings with him,’ added Richard Pike, chief executive of the Royal Society of Chemistry. ’He has carried out this work during a period of some controversy and disturbance for science in the UK, and real changes for the better are now beginning to take place for which he should take much credit.’

Earlier this year, Sainsbury was questioned by police investigating the cash-for-peerages enquiry, over his ?2 million undisclosed loan to the Labour party. The long-standing party donor maintained that he was not involved in buying peerages for cash, pointing out that he had held a peerage since 1997. The affair, he said, had no connection with his resignation. He will be replaced by Malcolm Wicks, the former UK energy minister.

The science minister’s legacy will be hard to follow, scientists said. ’He has trusted the scientific community to manage its own affairs, but has inspired a real commitment to the rapid translation of science into public benefit,’ commented Colin Blakemore, chief executive of the Medical Research Council, adding: ’He will be remembered fondly as the scientists’ Minister of Science’.