Researchers in Japan have used a machine-learning method to cut the time it takes to predict the catalytic potential of different metals.

Binding between a metal surface and an adsorbate mainly depends on the electronic structure of the metal. More energy at centre of the metal’s d-band creates a stronger bond between its surface and the adsorbate. Based on this theory, scientists have long regarded a value called the d-band centre as a key indicator of a metal’s catalytic activity. 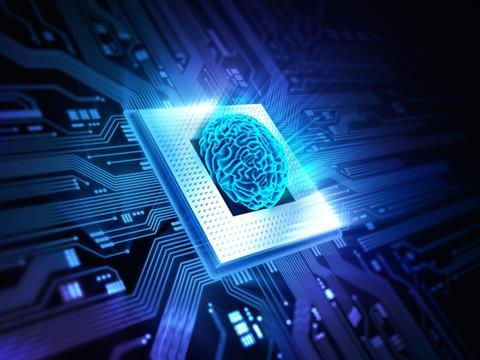 Researchers normally compute this value independently for each metal using first-principles calculations. Now, as part of a wider interest in machine-learning applications, Ichigaku Takigawa and his group at Hokkaido University have developed a new method for predicting the d-band centre value. They use readily available data, such as density and electronegativity from other metals or bimetals, to predict the d-band centre for 11 metals and their bimetallic alloys. The results compare favourably with values obtained through density functional theory.

Takigawa says that such a route could allow them to ‘infer important properties of as-yet-unidentified materials from accumulated data of already examined materials’, which could ‘ease the laborious and costly trial and error’ nature of scientific discoveries.

Machine learning calculations typically take a few milliseconds, while first principles calculations vary from seconds to days depending on the level of approximation used. Takigawa adds that machine learning is most effective when determining values that ‘need very complicated computations in first-principles’.

Designing catalysts for specific purposes, such as pollution filters, can present challenges for researchers, especially when working on an industrial scale. There are always numerous parameters to optimise and testing every condition is impractical. According to Gadi Rothenberg, a heterogeneous catalysis expert from the University of Amsterdam in the Netherlands, this is one area where this new method could be of real use. ‘The combination of computation and machine learning can start making predictions of parameters in multi-dimensional systems and this gives great tools to make good optimisations,’ adds Rothenberg. He says this work is an example of what you can gain when ‘people from different disciplines start looking at the same problems.’