Less than a year has passed since internal economic turmoil in Ireland culminated in an unprecedented €83 billion (?71 billion)  bailout, yet interest in pharma manufacturing in the country is still strong.

In July, biotech Sangart said it was planning to build a new manufacturing plant near Cork that would serve its European headquarters. The new plant would create 120 jobs through the production of two drug candidates, MP4OX and MP4CO. Sangart specialises in drugs that help to deliver oxygen into tissue suffering from ischaemia, a shortage of fresh blood. Ischaemia is associated with a wide range of problems including stroke, heart attack and blood clots. 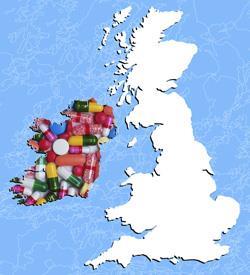 The drug industry is still keen to invest in Ireland

Another biotech, Amgen, has also shown its confidence in the Irish economy. In March, it agreed to buy a former Pfizer site near Dublin, saving 280 jobs in the process. Now, it has confirmed that it has plans to enlarge the site, creating a further 80 to 100 jobs.

But not so long ago, the future looked far less promising. High levels of debt, associated with an unsustainable property bubble, led Ireland to become, alongside the likes of Greece and Portugal, one of the countries worst hit by the global economic crisis. So why are companies such as Sangart and Amgen still investing in pharma manufacturing in the country?

Ireland’s rate of corporation tax was widely discussed at the time of the bailout. At 12.5 per cent for trading income, it is one of the lowest in Europe. During the crisis there were calls to increase the corporation tax to pay back the enormous sums Ireland owed. But the business lobby in Ireland countered that without such a low rate the country would fail to attract the business essential to its recovery.

In the end, the rate was not changed - something that has surely been important. Indeed, Sangart chief operating officer Donald Brown cited the ’business-friendly environment’ in relation to the company announcement. But Fintan Walton, chief executive at UK consultancy PharmaVentures, says that there is more to Ireland than its low rate of corporation tax: ’In order to run a high technology, high compliance operation, you need to have the right people with the right skill sets.’

This sentiment was echoed by Madhu Balachandran, senior vice president for manufacturing at Amgen, who said: ’We are impressed with the technical expertise and commitment to excellence demonstrated by the employees who work at the Dun Laoghaire site.’

Walton, who is working with IDA Ireland, the country’s inward investment promotion agency, as well as several large pharma companies, says education is key. And the statistics are impressive. In the IMD World Competitiveness Yearbook 2011 - a highly regarded report from the International Institute for Management Development, a non-profit Swiss business school - Ireland ranks ninth for the extent to which its education system can meet the needs of a competitive economy, seventh for the flexibility and adaptability of its workforce when faced with new challenges and second for the productivity of its workforce.

However, Ireland faces risks as a potential host for pharma manufacturing, Walton says, but arguably the two most significant are unrelated to the economic crisis. Mergers and acquisitions invariably lead to fresh rounds of rationalisation, and surplus manufacturing capacity is often the first thing to go. In addition, the patent cliff - the loss of market exclusivity for drugs as key patents expire - may lead companies to dramatically cut production as demand plummets. Pfizer, for example, will almost certainly scale back production of Lipitor (atorvastatin), its $10.7 billion cholesterol drug, after Indian company Ranbaxy launches its generic version later this year - bad news for Ireland, where the drug is currently manufactured.

Other pharma manufacturing hotspots, such as Puerto Rico and Singapore, also boast low corporation tax rates, skilled workers and good infrastructure. Furthermore, there are clear incentives for companies to keep their manufacturing close to home. According to IDA Ireland, the US represents 70 per cent of inward investment employment. But research on Puerto Rico suggests that moving pharma manufacturing out of the US increases risks associated with quality ’above and beyond potentially important factors, such as geographic distance and the local population’s general and industry-specific skills’. As a case in point, GlaxoSmithKline’s recently paid out $750 million to US authorities over drug contamination problems at its Puerto Rico plant.

At least the politicians remain confident. ’Government doesn’t create jobs, businesses do, but the role of government is to create the conditions where businesses can thrive and grow,’ said Richard Bruton, Ireland’s minister for jobs, enterprise and innovation, about the Sangart move. ’My plan to create that environment is focused around reducing business costs, improving access to finance and encouraging R&D and innovation in every way possible.’