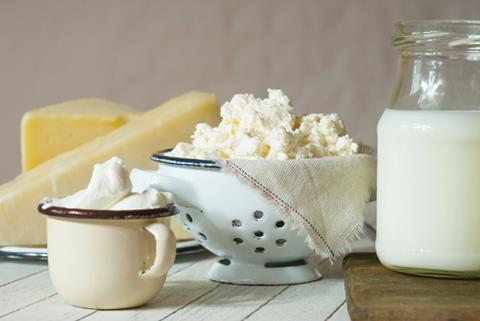 Î²-lactoglobulin is present in the whey fraction of milk and is used to make whey cheeses, like ricotta

Researchers in Spain are taking steps towards ‘allergy-free’ food, by treating allergy-inducing proteins with a pulsed light treatment that makes them easier to digest.

The scientists at the University of Granada and the AZTI-Tecnalia Food Research Institute studied the protein ß-lactoglobulin, which acts as an excellent emulsifier in milk and other food products but has a compact structure that defies easy digestion. This lack of digestibility is linked to allergenicity, explains team member Julia Maldonado-Valderrama: ‘If the protein is not completely digested, the body reacts as if it is an allergen, which can trigger an allergic reaction.’ Pre-treatment could break down the protein structure before eating; however, it’s a balancing act. ‘If you break the protein down too much in order to facilitate digestion, they lose their functionality and can’t be used to make foams and emulsions in food products,’ says Maldonado-Valderrama.

Pulsed light treatment may be the way forward. Already used in food processing to kill microbes that cause spoilage, intense bursts of light can induce changes in the protein structure, exposing sites that are more susceptible to the action of digestive enzymes. Using equipment developed at the University of Granada that replicates the digestion process outside of the body, the team simulated what happens to the light-treated proteins as they pass through the mouth, stomach and intestines. They found that, as a result of the increased enzyme accessibility of cleavage sites, light-treated proteins are digested more efficiently than their untreated counterparts. At the same time, measurements of protein behavior at an oil–water interface demonstrated that the treatment did not affect the emulsion-forming functionalities of ß-lactoglobulin. In fact, the increased flexibility of the light-treated proteins led to an improvement in certain interfacial properties.

The next step for Maldonado-Valderrama and her colleagues is to prove that the enhanced digestibility of the proteins translates to a decrease in their allergenicity. If this is the case, pulsed light treatment could be a promising tool in the fight against food allergies, rendering allergenic proteins harmless whilst enabling them to remain functional.

Boon-Seang Chu, a lecturer in Food Science at Abertay University, UK, believes that the team’s results are promising and would like to see the study extended to other proteins. ‘It would be interesting to evaluate if the pulsed-light treatment is applicable to a-S1 caseins, another common milk allergen’, he says