Mapping receptors in the brain 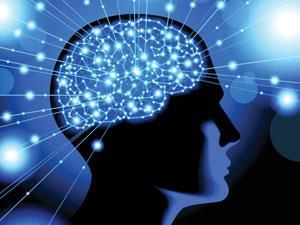 Scientists from the UK and Germany have developed new compounds that target and bind to brain proteins linked to serious neurological disorders. By acting as markers, these compounds enhance the contrast of magnetic resonance imaging (MRI) scans to show the location of receptors.

Receptor proteins on the surface of brain cells interact with specific chemicals to induce a neural response. The glutamate receptor N-methyl-D-aspartate (NMDA) plays a key role in memory, learning and neurotransmission. Misregulation and overstimulation of NMDA receptors has been associated with Parkinson’s and Alzheimer’s diseases. Neuroscientists and psychologists have been trying to find evidence of this link at a molecular level, but current diagnostic and imaging tools are still relatively crude.

David Parker and Anurag Mishra at Durham University, and colleagues, have synthesised a series of novel MRI contrast agents that can pinpoint NMDA receptors in vitro, effectively mapping the location of these receptors in real time. Using two independent methods, MRI and optical microscopy, the team verified that their new molecules bind selectively to NMDA receptors on the cell surfaces of the brain, and that this action is reversible, showing that the probes can respond to changing glutamate levels during neural events. ‘What we’ve developed is something that potentially offers a means of looking, on a molecular level, at chemical processes in the brain, as they occur,’ says Parker.

The authors stress that assessing these new contrast agents in vitro is the first of many steps towards understanding the links between diseased receptor pathways and neurological disorders.

‘We could use this new tool to analyse NMDA receptor function density in a neuron, and thus address a very important problem in neuroscience, but it’s only a primary step towards tackling the underlying molecular basis of brain disorders,’ agrees Ravinder Reddy, Director of the Center for Magnetic Resonance and Optical Imaging at the University of Pennsylvania in the US. ‘The end goal is to be able to measure neuronal activity and NMDA receptor density in vivo, in an actual brain, while the neuron is firing, and there are still many challenges to be faced.’

Parker and his team are very aware of these challenges but remain cautiously optimistic as they try to take their work further. ‘This will, of course, take time, because there are ethical and other issues to resolve [before in vivo testing],’ Parker emphasises. ‘But, this is one step in the right direction, and these new probes may provide a window onto brain activity in the future.’