Marriage of science and innovation

Significant changes to UK government science set-up have been announced, in an attempt to embed science into the Department of Trade and Industry.

Significant changes to the UK government’s science set-up have been announced, in an attempt to embed science into the Department of Trade and Industry.

The OSI was created following concerns that the OST was seen as separate to the DTI. The aim of the new office is to make science an integral part of the DTI, and have science and innovation in the same place, Johnson said.

The new office was formed shortly before the chancellor of the exchequer’s science-heavy budget statement in April. Science now makes up over half the DTI budget, Johnson said, but added that the creation of the new office was not driven by the treasury.

The restructuring is more than a superficial change, Johnson told the committee, but the independence of the research councils will not be affected. Brian Bender, DTI permanent secretary said: ’there is a tacit acceptance that the fundamental structure of our research councils is right.’ 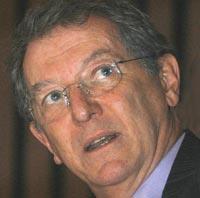 Sir David King, the government’s chief scientific advisor, was head of OST and remains head of OSI. King said the coupling of science, innovation and wealth creation is an important agenda for OSI. ’This agenda is not only fully owned by the DTI, but is now very much as the centre of the DTI,’ he told the select committee.

King echoed Johnson’s comments about the independence of the research councils: ’I see myself as a protector of those pots of science budget that aren’t seen as part of wealth creation.’ King’s independent cross-government role will not be challenged in his new role, he said.

Sir Keith O’Nions, director general of the research councils is to become the director general for science and innovation, reporting to King. A director of innovation will be recruited to focus on business input, and will report to O’Nions.