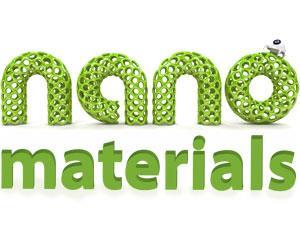 If you want to regulate nanomaterials – and lots of people do – you first need to decide precisely what they are. Where does our world stop and the nano world begin?

This question led the European commission to propose an overarching definition in 2011, with the intention of providing a common reference point for future legislation. Many in favour of regulation lauded the move as a historic step forward, but the chemical industry among others raised concerns, including the lack of approved measurement methods. To say, for example, as the commission did, that nanomaterials are those materials that contain particles with external dimensions in the 1-100nm range was all well and good. But different methods of measuring size return different values for the same particles or set of particles.

Therefore, companies and regulators will need to use a combination of methods to apply the definition. That, at least, is the conclusion of the Joint Research Centre (JRC) – the European arbiter on all things nano – which has recently published a report on the subject. No individual method is enough on its own, it says. Worse, in some circumstances, they are all found wanting. No method is up to the challenge of differentiating individual nanoparticles from clumps of them stuck together, for example. (The distinction is important because those clumps could break up into their component parts at some point after analysis.)

It’s a conclusion that won’t please those hoping for a simple answer. Indeed, it illustrates the fundamental problem with the definition, says Veronique Garny, director of product stewardship at Cefic, which represents the chemical industry in Europe. She says the definition is too academic. It makes no compromises for the practical limitations. In particular, it is based on number distributions, produced by effectively counting particles as they are measured, rather than weight distributions, with which the chemical industry is, in general, much more familiar.

The chemical industry has two main concerns. First, the definition as it stands is likely to burden companies with additional costs associated with equipment, training and services. It isn’t just that companies may need multiple measurement methods to satisfy the regulators. The report shows that the most unambiguous methods, such as electron microscopy, are also the most expensive ones. Conversely, the cheaper options, such as dynamic light scattering (DLS), in general produce less meaningful results or produce meaningful results only under a narrow set of conditions.

Second, the industry is worried about materials it has been making for a long time being labelled nanomaterials overnight and thereby shifting into an entirely different regulatory environment. Makers of inorganic materials used as pigments and fillers, such as titanium dioxide powders, seem most at risk. They are engaging with the JRC to create standardised approaches to measurement based on the definition, Garny says. But such work is no small endeavour. In March, the JRC released its second certified nanoparticle reference material, consisting of uniform silica particles in an aqueous environment. The particle size of the material was determined over several years and through collaboration with 33 laboratories across 11 different countries.

Meanwhile, definition is moving rapidly from an interesting topic of discussion to cold, hard legislation. On 1 September, the first piece of EU legislation to include the definition came into effect. Under the new biocides regulation, manufacturers must label biocidal products that contain nanomaterials. Similar pieces of legislation are in the pipeline for foods and cosmetics. Furthermore, the definition is expected to become part of the all encompassing Reach (registration, evaluation, authorisation and restriction of chemical) regulation, a comprehensive review of which is in progress and expected to finish in the next few months.

But the JRC report is likely to be good news for instrument makers favoured by the definition, such as UK firm Nanosight, which makes instruments based on particle tracking analysis, a method that directly meets the all important counting requirement. The company, which was founded in 2003, has grown 70% annually for the last six years, illustrating the demand for accurate measurements at the nanoscale. It recently passed two important milestones: 500 instruments sold and 500 research papers about the technology published. It has sold the bulk of those instruments to R&D laboratories in academia and the life sciences sector. But chief executive Jeremy Warren is planning for strong growth from quality assurance units in chemical companies, which have traditionally relied on DLS. Warren says that the group of people doing nothing and hoping that this problem is just going to go away is rapidly shrinking. Higher up in large companies, there is a growing acceptance that a robust definition is needed and now companies are asking for compliance guidelines.

The established methods have not changed substantially for years, says Warren. ‘This definition is a big challenge. Particle characterisation at this size is complex.’ Instrument makers need to respond to this ‘call to action’ with the right tools for the job.