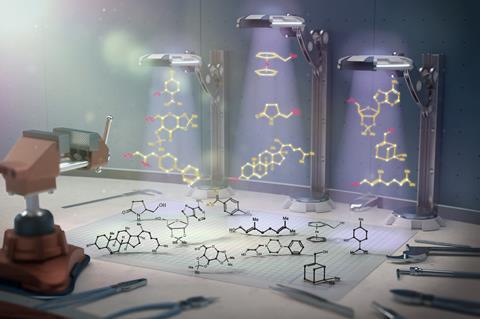 A protocol that provides scientists with a simple way to synthesise oxygen-18-labelled primary, secondary and tertiary alcohols has been established by scientists in the UK. The method could be used to make molecules that scientists can use to probe reaction mechanisms and test pharmaceuticals. 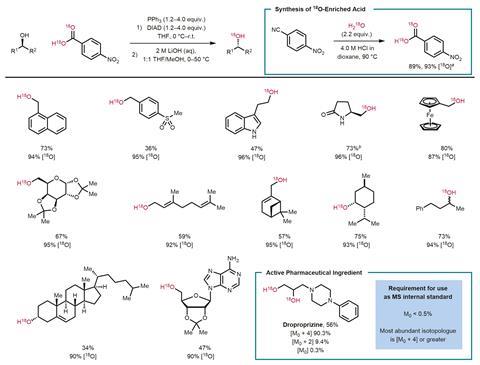 Isotope labeling is used in metabolic and pharmacokinetic studies. Oxygen-containing functional groups are common in pharmaceutical reagents; Denton’s team showed that the labelling is tolerant of a wide range of functional groups and that it works on dropropizine, an active pharmaceutical ingredient found in certain cough medicines. They envision the method will be useful as a general and practical means of accessing a broad range of oxygen-18-enriched alcohols.