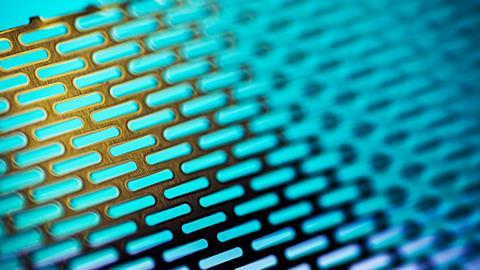 When membrane emulsification was first discovered in the 1980s by two Japanese chemists, Tadao Nakashima and Masaaki Shimizu, it promised to revolutionise emulsion production for everything from drug delivery systems to foodstuffs and cosmetics. For some reason, however, the technique – which uses membranes to produce emulsion droplets – wouldn’t make it out of the lab for another 30 years. 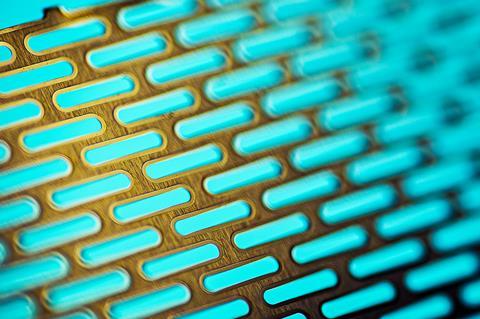 Conventionally, emulsions are produced by using rotor-stator systems (essentially rapid stirring in a confined space), high pressure homogenisers, ultrasound or combinations of these. Although reliable and readily available, these methods require high energy input and induce large shear stresses, which affect the performance of the end product. The membrane method, on the other hand, uses less energy and exerts less shear stress on ingredients.

The beauty of membrane emulsification is that it produces very precise emulsions of controlled droplet sizes and narrow droplet size distributions. But the technique has mostly stalled in commercial applications because of limitations in making high enough quality membranes, says Dai Hayward, chief executive of Teesside, UK-based Micropore Technologies.

‘The droplets are produced through a membrane that has precisely drilled holes. On a small scale, that has been used to make small quantities of emulsions through limited areas of membrane,’ Hayward says. ‘But if you try to scale up the membrane without understanding some of the fundamentals of how it works, you lose control over the final product.’ 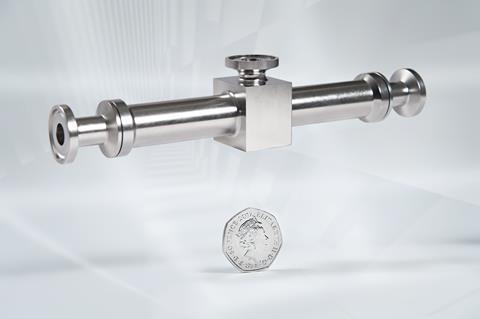 Micropore was founded in 2003. Initially, the company grew slowly as it established its credibility with proof-of-principle studies, says Hayward, a chemist with some 15 years’ experience in university spin-outs and start-ups across the UK. But in 2017, it made a leap. Micropore launched two devices – CXF-1 and AXF-1 – that could deliver emulsions with a narrow 15% particle size distribution at a volume of anywhere between a few kilograms to 1500 tonnes of formulated product per year.

In June 2019, the company launched its latest device, AXF-7, with throughput capacity of up to 15,000 tonnes/year, ‘enough to satisfy the most demanding of customers’, Hayward says.

He sees the progress as proof that membrane emulsification has finally come of age. ‘Scalability is not an issue any longer,’ he says. The launch of AFX-1 made Micropore one of eight winners in the Royal Society of Chemistry’s Emerging Technologies competition in 2018. Last year, the AXF-7 won first prize in both the Pharma and Innovative Product categories of the Institution of Chemical Engineers’ global awards. ‘Those were significant steps forward in terms of being recognised against truly international competition,’ Hayward says. 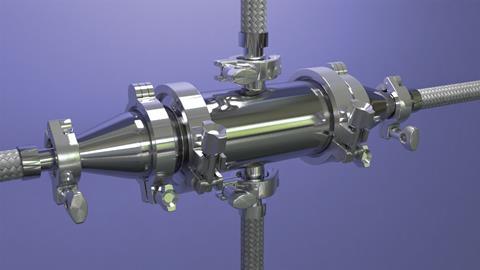 Membrane emulsification has a vast range of applications. One industry that is particularly keen on the technology is pharmaceuticals, which needs consistent emulsions to produce predictable, controlled-release drugs, Hayward says: ‘The way you get this predictability is by having control over particle size.’ The technology has been used to manufacture predictable size crystals of active pharmaceutical ingredients, which reduces or eliminates additional processes such as grinding and milling.

Traditionally, pharmaceuticals has used homogenisation techniques and sieving of emulsions to get consistent particle sizing. However, this technique typically wastes at least 30% of the product, Hayward says: ‘With us, they throw away nothing.’ Because of the drastically reduces shear forces, membrane emulsification can cope with delicate molecules like peptides, polypeptides and proteins. Such compounds form the basis of many modern drugs, but are easily destroyed in a high-energy homogenisation process.

Micropore also caters to the food and cosmetics industries, which struggle with the problem of emulsion ‘creaming’. Uneven particle size distribution leads to smaller material floating to the surface, while bigger material sinking to the bottom, making an inconsistent product.

With membrane emulsification, there are no bad batches, Hayward says. ‘That’s why now we are finding that have a growing market. It’s taken a while but our sales are doubling each year. We export what we make around the world.’ 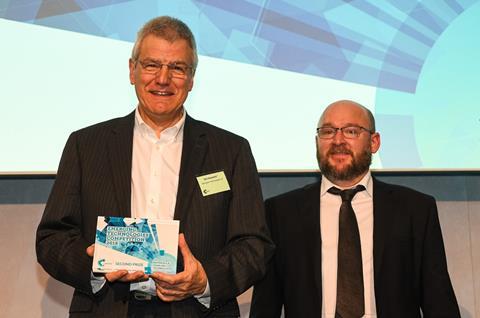 The company’s innovations have won it several awards, including the RSC’s Emerging Technologies competition in 2018

The company has a subsidiary in the US and has recently put its first representative into India. It has ‘very supportive investors’ in the Northern Powerhouse Investment Fund and UK Steel Enterprise, a private equity and venture capital firm.

For now, Micropore has been working with pharmaceutical companies on six products that will be taken to clinical trials throughout the year. Meanwhile, an Innovate UK grant has allowed it to begin work on a paint formulation with International Paint, part of AkzoNobel’s marine and protective coatings unit. In food, Hayward hints that Micropore has ‘a number of customers’ using its technology to improve the texture and stability of meat-free products.

Origin in a nutshell: spin-out from Loughborough University, UK