Milk could aid fight against malnutrition

Cows’ milk supplemented with human lactoferrin can help undo damage to the intestine caused by malnutrition, according to new research.

A substantial proportion of children in developing countries have some form of malnutrition. Affected children often struggle to catch-up because of their gut’s diminished capacity for absorbing nutrients. 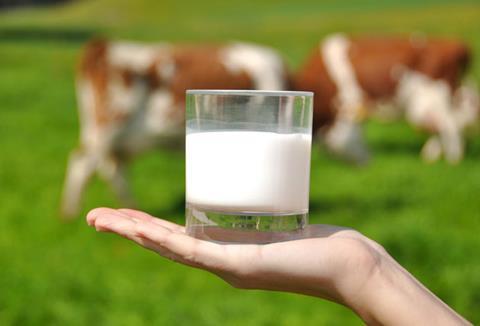 Learning which of these components are effective, and how they work, is therefore crucial to developing better strategies to reverse child malnutrition. Researchers led by Elizabeth Maga from the University of California, Davis, in the US, have come up with a new way to do just that. Taking milk from transgenic cows expressing the human milk protein lactoferrin (hLF) at the same levels found in breast milk, they fed it to weaned but malnourished piglets, and studied the resulting changes in their intestines.

‘The goal was to make a model of malnutrition using the pig because the gastrointestinal tract of the pig is much more similar to ours than the commonly used mice and rat models,’ explains Maga. Both normal cow and hLF milk stimulated the repair of some intestinal damage, leading to longer villi, better gut function and increased absorptive area. This adds to evidence that cows’ milk is a useful intervention. Furthermore hLF milk had a greater effect, indicating that supplementing milk with hLF might make a useful contribution to treating malnutrition.

‘These results suggest that adding lactoferrin to livestock milk can improve the intestinal and overall health of children beyond the age of breastfeeding,’ notes Hannu Korhonen, an expert on bioactive dietary peptides at Finland’s Natural Resources Institute. ‘Such an approach could contribute remarkably to alleviating malnutrition of children in developing countries, in particular.’

Lactoferrin and many of the other components of breast milk have a variety of suspected functions, including promoting the growth of intestinal cells and acting as antimicrobials, but no one knows exactly what they do to the gut or how they interact with milk. This is something that the group hope to explore further with their model, which should allow them to better unravel the functions of human milk proteins and design the best possible treatments for malnutrition.