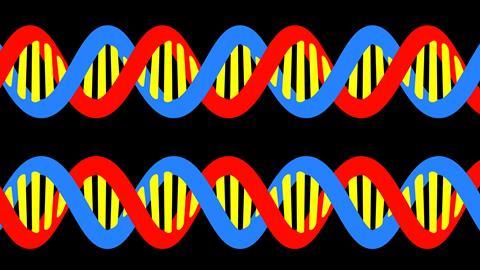 Researchers have synthesised a mirror image enzyme that allowed them to constructing the longest ever strand of mirror DNA. The team also demonstrated how this L-DNA could be used as a robust biorthogonal information repository.

Louis Pasteur first proposed the idea of a mirror image version of biological systems more than 160 years ago, following the discovery of molecular chirality. All natural DNA contains the D form of the chiral sugar deoxyribose, but it may be possible for a mirror system to be built using L-deoxyribose instead. 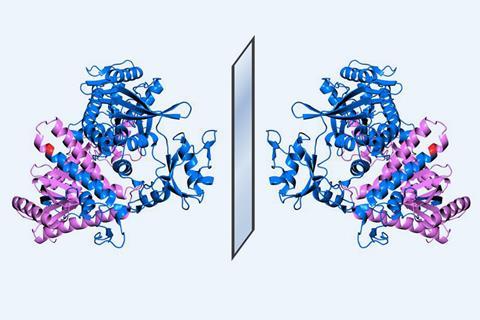 In the time since Pasteur’s proposal, however, no full mirror image systems have been discovered in nature or synthesised within a lab. Researchers have previously synthesised small L-oligonucleotides and D-proteins, but synthesising longer molecules has not been possible without the use of chirally inverted enzymes. Such size restrictions have limited the complexity of the systems researchers were able to produce .

Now, a team of researchers in China has chemically synthesised the mirror image of a 775 amino acid Pyrococcus furiosus DNA polymerase – an enzyme that duplicates DNA strands, assembling the new ones nucleoside triphosphates building blocks. The particular enzyme was chosen because it is thermostable and makes few mistakes while copying DNA, properties that have made it one of the most widely used enzymes for the copying DNA sample via the polymerase chain reaction. Using their synthesised enzyme, the team was then able to assemble a mirror image DNA sequence containing 1500 base pairs , far longer than any previously achieved.

Since L-DNA is more robust than its natural counterpart, it could act as a long-term information repository. When the team stored L- and D-DNA barcode sequences in water from a local pond, the natural D-DNA could only be amplified and read out for one day. In contrast, the L-DNA barcode could be amplified and sequenced one year later.

To reflect mirror image biology’s origins, the team encoded a paragraph by Louis Pasteur discussing the concept in one of their L-DNA strands.