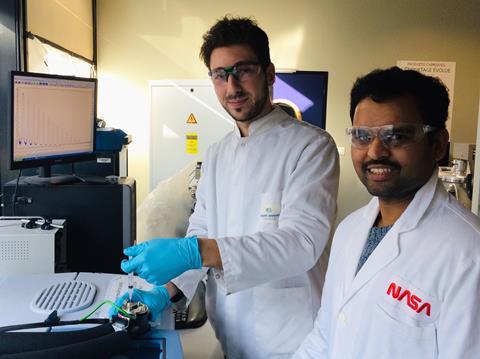 Chemists in France have changed how a molecule reacts using little more than a carefully spaced pair of mirrors. They flow a silane derivative solution through a dark optical cavity where electromagnetic fluctuations couple with its vibrations, altering which of two bonds a fluoride ion prefers to cleave. ‘You can just make a microfluidic system and you pass the solution between the mirrors and the reactivity changes,’ the University of Strasbourg’s Thomas Ebbesen tells Chemistry World. ‘There’s never been any approach similar to this.’ 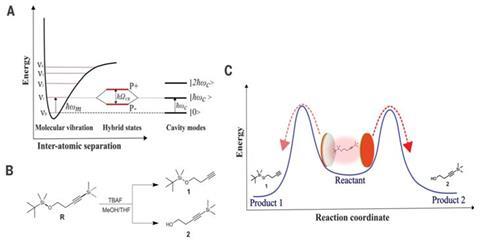 Test reaction to probe the influence of VSC on site selectivity

If they could enhance fluctuations of the wavelength at which bonds in molecules vibrate, ‘maybe we could change chemistry’ Ebbesen reasoned. His team first showed this vibrational strong coupling (VSC) in a photochromic dye molecule in 2012.2 Then, Strasbourg colleague Joseph Moran became interested to see if VSC might help catalysis. Together the two scientists’ teams showed VSC could change the rates at which a fluoride ion removes a trimethylsilyl protecting group.3

‘We know that what’s important for chemists is to be able to steer a reaction to one product or another,’ Ebbesen highlights. ‘We engineered a substrate that contained two different functional groups that could both be deprotected by fluoride,’ adds Moran. In the molecule they chose, coupling three vibrations corresponding to carbon–silicon or oxygen–silicon bonds, slowed the reaction down and changed the product ratio. 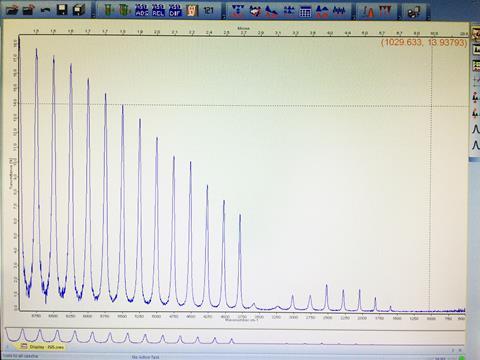 The screen shows harmonic resonances in the cavity, which can be tuned by adjusting the space between the two mirrors through compressing a spacer with four screws

Currently the scientists are unable to predict how VSC affects reaction rates. ‘We’re trying to learn what the rules are,’ Moran says. Also, the Strasbourg scientists’ studies to date all show VSC slowing reactions down. However, Ebbesen notes that in two preprint papers now on ChemRxiv, including one he is involved with, it speeds reactions up.

This is a ‘really exciting proof-of-concept study’, says Julia Weinstein from the University of Sheffield, UK. She is most enthused by the selectivity offered because only some vibrational modes cause reactivity changes. Weinstein also believes the approach offers ‘the most elegant, new way to study chemical reaction mechanisms’.