A computer programme to find a pathway to decontaminate VX, a toxic nerve agent that featured in the Nicolas Cage film The Rock

Computers can make finding new ways of decontaminating the deadliest known chemicals safer and easier, according to US researchers. 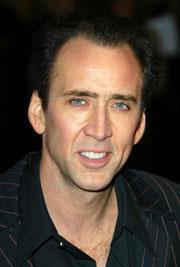 VX (O-ethyl S-[2-(diisopropylamino)ethyl] methylphosphonothioate), made infamous by the 1996 Nicolas Cage film The Rock, is the most toxic nerve agent known and is also highly persistent. Although banned by the Chemical Weapons Convention, it is still important to understand and find new decontamination pathways to counter the threat of terrorism. However, traditionally, this is a very hazardous endeavour.

Richard Gee and his team at the Lawrence Livermore National Laboratory, California, have shown that using first principles molecular dynamics (FPMD) can reduce the number of dangerous experiments needed. They used their FPMD model to simulate known oxidation and hydrolysis pathways and compared their results to experimental findings. They obtained good agreements, which validate their method for understanding how VX interacts with decontamination solutions, so reducing the number of necessary experiments.

Although there have been other theoretical studies on VX decontamination, the researchers stress that this is the first time the solvent has been treated explicitly, allowing for a much more accurate simulation.

’Solvent conditions are known to have a profound effect on the mechanism of decomposition,’ explains Gee, ’[for example,] the main degradation product of VX can, in a certain pH range, be just as toxic as the agent itself.’

Antonio Aguilar, a molecular dynamics expert at the University of Barcelona, Spain, praises the accuracy of Gee’s model and recognises that it can be widely applied. ’These calculations, in principle, should not be faced with additional problems when considering other reactions or other solvents,’ he says.

This application of simulation techniques to real-world problems is a major significance of the work, says Gee, and is something he is pursuing further. The computational approach has already been applied to the decomposition of sarin, the nerve agent used in the gas attack on the Tokyo subway in 1995. He is also applying it to condensed phase reactions of industrially relevant polymers.