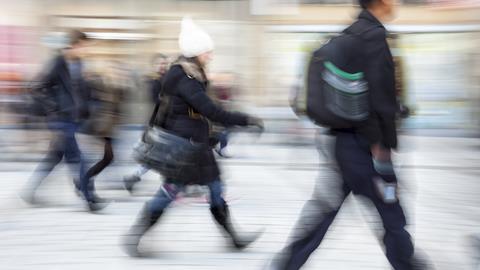 Two-thirds of European engineers and scientists working in the UK have considered leaving the country because of Brexit, a survey has found. Worries about job security and losing EU funding were cited as the main reasons for thinking of leaving, as well as feeling less welcome in the UK.

Around 175,000 European nationals work in the UK science and research sector, according to the Office for National Statistics. Prospect – a trade union representing 140,000 engineers, scientists and specialist workers – surveyed more than 6000 members, 500 of which identified as non-UK European citizens.

Among EU citizens, 85% said Brexit made them feel less welcome in the UK. 65% thought Theresa May’s Brexit deal would have a negative impact on their work, while 81% agreed that it might make their job less secure. Across all respondents, however, only 51% said Brexit would result in lower job security.

Union members voiced their concerns about continued uncertainty over collaborations and funding. ‘The government’s assurances of funding through 2020 are completely inadequate when research projects are often funded for four to six years into the future,’ said a survey respondent.

Prospect said that if even a small fraction of those considering the move actually leave the country, the UK science and research sector would face a significant shortage of workers. ‘The time has come to end the uncertainty, extend Article 50 and give the people a final say on leaving the EU with the prime minister’s deal or staying,’ said the union’s general secretary Mike Clancy. ‘Employers can also do their bit to reassure EU workers by agreeing to pay their EU settled status fee.’