As the use of nanotechnology escalates, scientists start to examine the environmental impact of nanomaterial disposal 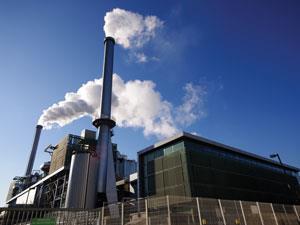 Over the past few decades, nanomaterials have proven to be extremely useful, and as our understanding of their unique properties has increased, so has the variety of applications for which they have been used. For example, nanomaterials make excellent catalysts due to their very large surface area to volume ratios, and they are very popular in the medical industry as vehicles for the delivery of drugs into the body. But it’s not only in industry that nanomaterials have been making their mark, they are slowly but surely making their way into a myriad of consumer products as well. Nanomaterials are already being used as UV filters in sun cream and in cosmetics as colourants, and nanosilver is becoming popular as an antibacterial agent in fabrics and cleaning products.

Over the next few decades the use of nanomaterials is likely to increase. Companies are already working towards using nanomaterials to develop the next generation of high definition TVs and there is speculation that nanomaterials could one day be used to make better rechargeable batteries. But as the theoretical becomes the possible, has anyone stopped to think about how the disposal of all these nanomaterials could affect the environment?

Although the group’s research is still in its early stages, it did throw up some pretty interesting results. The principal finding was that the majority of the nanomaterials partition into the ash at the bottom of the incinerator, but a particularly interesting discovery was that nanoparticles in the waste could influence the efficiency of combustion in the incinerator as well as the composition of the emissions released. For example, metal oxide nanomaterials were found to increase the efficiency of combustion and decrease the emission of toxic polycyclic aromatic hydrocarbons (PAHs). Meanwhile silver nanoparticles decreased combustion efficiency and increased PAH emissions. 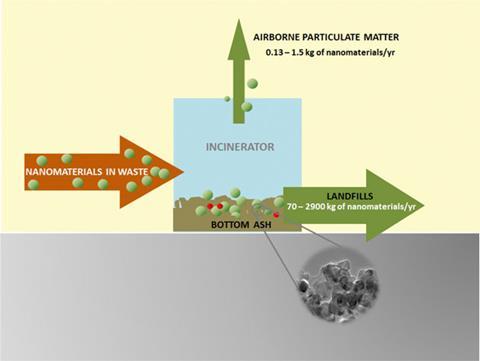 ‘This is a complex and largely unexplored area of research and more studies are needed to help ensure the responsible use of engineered nanomaterials,’ says Andrew Maynard, the NSF International Chair of Environmental Health Sciences at the University of Michigan School of Public Health, in Ann Arbor, US. ‘It is clear that many nanoparticles end up in the incinerator ash and what happens to them after this warrants further investigation, but this research also demonstrates that the presence of metal and metal oxide nanoparticles in incinerated products may actively reduce emissions of other potentially harmful chemicals.’

Vejerano and colleagues are now investigating the toxicity of the nanoparticles in the incinerator ash.