Swiss scientists have developed a process that can print detailed images using nanoparticles as ’ink’, while maintaining their catalytic and optical properties1.

Led by Tobias Kraus at the IBM Zurich Research Laboratory in Switzerland, the team demonstrated their technique by using gold nanoparticles to print a picture of the sun - the alchemical symbol for gold, designed by seventeenth-century alchemist Robert Fludd. This tiny piece of nano-art is made up of 20,000 gold particles, each around 60nm in size, and took 12 minutes to print. 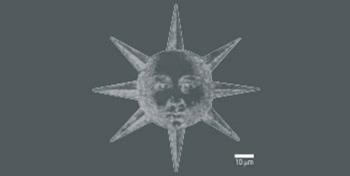 Standard gravure printing involves covering etched plates with ink then scraping off the excess, leaving ink in the grooves. The plates are then pressed onto the printing surface, transferring the ink. In the new technique, researchers spray a thin layer of nanoparticles on the plates and leave them to fall into the grooves. After the ’ink’ dries, a thin polymer layer is used to fix the nanoparticles onto the target surface, producing pictures that are thousands of times more detailed than conventional methods.

The team also grew silicon nanowires by printing catalytic seed particles onto a plastic surface. Silicon nanowires could be a stepping stone to the next generation of microchips, but controlling how they grow has been challenging. Heiko Wolf, who worked on the project, told Chemistry World, ’By placing the catalytic seed particles on a defined position, the position of the nanowire can be determined. However, the long range accuracy of our method is not yet sufficient for microelectronic large-scale integration.’ 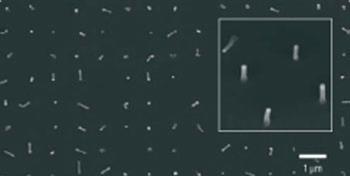 The team hopes that the technique will allow researchers to better understand the properties of nanoparticles. Last year, David Russell at the University of East Anglia, UK, showed how gold nanoparticles could bind to and kill cancer cells2.

Speaking to Chemistry World, Russell said, ’This could certainly be a useful technique in my research. If the print resolution is high enough to draw a picture and can be applied to metals and silicon nanowires, then the process shows great versatility. If you can print nanoparticles reliably and reproducibly on a surface, then you could envisage it being very useful in a number of applications.’