Chemists in the US have taken inspiration from nature to devise a new concept for rapidly and efficiently synthesising structurally diverse natural products from a single common precursor. The approach, which the researchers have dubbed ’collective total synthesis’, produces useful yields of a range of complex natural molecules and could open up an entirely new field of natural product synthesis. The team has produced six different alkaloids, including strychnine, using far fewer steps than is possible with conventional techniques. 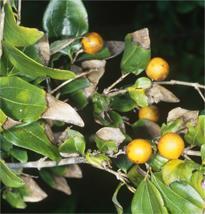 Typically, natural product synthesis in the lab involves the production, isolation and purification of successive intermediates, requiring multiple steps to arrive at the final product. Nature, however, takes a far more economical approach by synthesising versatile precursor molecules that can be taken down a number of biosynthetic pathways to produce a range of diverse products.

David MacMillan’s team at Princeton University focused on six alkaloids that could be synthesised from a common tetracyclic spiroindoline precursor. ’The idea is to construct an intermediate molecule that possesses many redundant functionalities,’ says MacMillan. The precursor can then be reacted with a succession of catalysts in a cascade, with the new product acting as substrate for the subsequent reaction - just as nature does with biosynthetic enzymes. Depending on which product is required, different catalysts are used, which themselves interact with different functionalities of the precursor.

In this way the team produced significant yields of six different alkaloids, including strychnine. ’In total it took us 36 steps to produce all six products,’ says MacMillan. ’That is on average six steps per molecule. In the literature the best systems take about 12 steps each. So we have halved the number of steps needed.’

MacMillan suggests that the approach of cascade organocatalysis coupled with total collective synthesis could change the way that natural product syntheses are viewed. ’Instead of focusing on the end product, we can now start thinking about these versatile intermediates that will allow us to make several products and not just one,’ he says.

Alan Armstrong, who synthesises natural products at Imperial College London, believes the work is significant. ’It’s very impressive to be able to access six structurally diverse alkaloids from a common core,’ he says. ’If this collective synthesis approach can be applied more widely, it could represent a key strategy for the synthesis of diverse compound collections for biological screening. Moreover, for most of these molecules, this work now represents the state of the art in terms of synthetic brevity, including the shortest enantioselective route to date to strychnine, a classic target in organic synthesis.’