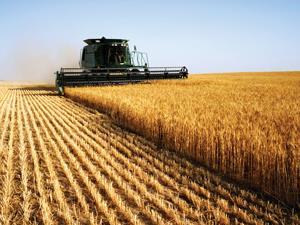 Member states will be able to ban growing GM crops on social, environmental policy and planning issues but not safety

After nearly five years of debate the European parliament has finally approved a new law that will allow EU nations to restrict or ban the cultivation of GM crops within their borders. While supporters of the new opt out law applauded it as the best possible compromise solution on GM for Europe, the staunchest proponents and opponents of GM cultivation are both sharply critical of the legislation.

‘This is a bad move for Europe,’ the agrochemical and agricultural biotechnology giant Monsanto said in a statement. ‘It undermines science, it undermines European farmers and it raises prices for European consumers.’

Bert Staes, the Greens’ parliamentary food safety spokesman, said: ‘Despite a majority of EU member states and citizens being consistently opposed to GMOs, the real purpose of this new scheme is to make it easier to wave through EU authorisations of GM crops.’ In the past, Staes has called the opt out law a ‘Trojan horse’ that will be used to open the door for GM cultivation in Europe.

The new law, first proposed in 2010, still needs formal final approval from the EU council. But council approval is considered a mere formality and is expected to be granted in spring.

Under the law, EU nations will be allowed to ban GMOs on the grounds of environmental policy, town and country planning, socio-economic impact, avoiding the unintended presence of GMOs in other products and on farm policy objectives. The law does not allow bans based on risks to health or the environment from GMOs that have been approved by the European Food Safety Authority (EFSA).

Currently, the insect resistant maize MON810 is the only GM crop cultivated in the EU, grown mainly in Spain and Portugal. Since MON810 was approved for EU cultivation in 1998, no additional GM grains have won approval, with MON810 cultivation banned in Germany, France, Italy and other nations, undermining the concept of a single European market.

GMO opponents who want an EU wide cultivation ban, fear that opposition to new authorisations will weaken with a law that gives nations firm legal footing to opt out of EU approved GM crops. Some GMO opponents speculate that new GM crops could be approved and in the ground as early as 2016.

‘All of that is utter rubbish,’ Monsanto spokesman Brandon Mitchener tells Chemistry World. ‘We will almost certainly not see any new biotech crops grown in Europe for the next 10 years. It costs around $100 million (£66 million) in field trials and lab tests and years of waiting to get a crop approved for commercial sale in Europe, and very few companies can or are willing to invest this amount of money.’

Beat Späth, director for agricultural biotechnology at the Brussels-based industry association EuropaBio, agrees with this assessment, saying that the law ‘merely makes it easier for member states to ban EU approved products. These EU level authorisations almost never take place, despite the fact that the products are routinely confirmed to be as safe as conventional crops.’ Späth adds that most applications to market GM crops for cultivation in the EU have been withdrawn by firms frustrated with delays. ‘There are only a handful of GM crops for cultivation still pending in the system – seven to be precise,’ he says.

Mitchener and Späth say that GM seed companies in recent years have abandonedmost research in Europe and do not expect the new law to bring research back to Europe. Richard Breum, a spokesman for Bayer CropScience, says: ‘Our research and development work is mainly conducted in the places where the resulting products are actually used, and in the case of GM that is not in Europe. That will not change with the new law.’