By modifying an atomic force microscope tip with heparin, blood cells infected with the malaria parasite can be targeted 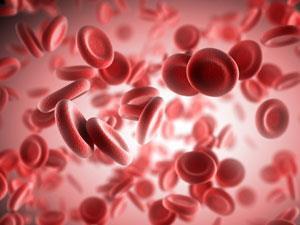 Malaria is a highly infectious and potentially fatal mosquito-borne disease. It affects millions of people each year; however, no effective vaccines exist. Now, scientists from Spain have discovered a new strategy to target the disease.

Plasmodium falciparum, the most deadly species of malaria parasite, infects red blood cells (RBCs) and changes their structure. The infected RBCs then bind to the walls of blood vessels in tissues, such as the brain and lungs, through a phenomenon known as sequestration. This allows the malaria parasites to replicate. Infected RBCs can also bind to non-infected RBCs, forming clumps known as rosettes, which narrows the blood vessels and can be fatal. The formation of rosettes is thought to be mediated by a protein called PfEMP1, which is expressed at the surface of infected RBCs. So, disrupting the activity of this protein could help prevent rosette formation and the onset of severe malaria.

Xavier Fernàndez-Busquets from the Institute for Bioengineering of Catalonia, Barcelona, and colleagues found that a heparin-modified atomic force microscope (AFM) tip binds specifically to infected RBCs but not to uninfected cells through interaction with PfEMP1. Heparin is a sulfated glycosaminoglycan used as an injectable anticoagulant. ‘Heparin is a very attractive molecule for malaria treatment because it has antimalarial activity by itself, and now we have demonstrated that it has a specific targeting and a strong interaction with Plasmodium-infected red blood cells,’ he explains. ‘Heparin could be used to carry more potent antimalarials to their target site in Plasmodium-infected erythrocytes.’

‘The proposal to use heparin-functionalised nanocapsules for targeted delivery of anti-malarial drugs is intriguing and appears to have real potential,’ says Jerry Turnbull, professor of molecular glycobiology at the University of Liverpool, UK. ‘It would be interesting to speculate that the AFM methodology opens up some new opportunities to study the heparin–pRBC interactions in terms of using saccharides of defined size and sulfation as tip probes to elucidate more about the molecular interactions.’

Heparin is abundant and cheap to obtain compared to current treatments that involve expensive antibodies. Considering that malaria is a disease commonly found in developing countries, the cost is an important factor. 'One hears much about nanomedicine, but mainly in relation to developed world diseases such as cancer and Alzheimer's. We thought that scourges of developing countries, like malaria, also deserved the attention of nanomedicine,' says Fernàndez-Busquets. ‘We are also studying, with promising preliminary results, the antimalarial activity of molecules similar to heparin isolated from marine organisms, which have no anticoagulation activity.’