Venezuelan researchers have identified chemical pathways that can be blocked to stop beer losing its fresh taste when stored. 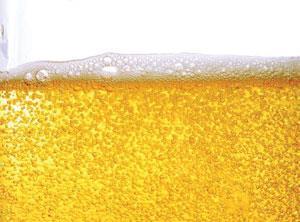 Traditionally, ageing flavours are held at bay by keeping beer away from air, to stop oxidising reactions. But chemists at the Empresas Polar brewing company and Sim?n Bol?var University in Caracas, publishing in the Journal of Agriculture and Food Chemistry  (DOI: 10.1021/jf703696p), have found that beer’s flavour also deteriorates as it sits on the shelf thanks to products of the Maillard reaction - usually associated with baking and roasting foods, but surprisingly found to be important at room temperatures too.

The researchers showed that alpha-dicarbonyl intermediates of the Maillard reaction, and further degradation compounds, were responsible for some of the caramel and floral flavours associated with ageing beer, and fluctuated over time as beer was stored. Adding diaminobenzene prevented some of these flavours developing, but the compound is toxic, so the team hope to come up with better ways of inhibiting ageing beer.

Some carbon nanotubes may behave like asbestos fibres, according to research ( Nature Nanotechnology  , DOI: 10.1038/nnano.2008.111) that injected them into cells lining the lungs of mice.

Ken Donaldson and colleagues from the University of Edinburgh, UK, found that straight nanotubes longer than twenty nanometres could not be engulfed by macrophages, leading to inflammation and lesions in membrane cells that have been shown to lead to tumours - just as with asbestos, glass wool, and other long insoluble fibres.

Whether the same effects would be seen by breathing in nanotubes at typical exposures is not known, the researchers say. Nanotubes which were tangled into balls, or shorter than twenty micrometres, did not seem to cause any problems related to their shape - though the study was not set up to investigate any other potential toxic effects of nanotubes. Nanotube manufacturers, whose workers might be most worried by the findings, say it is hard to see how the discovery will impact their safety practices, since they already take the strictest
possible precautions. Toxicologists have urged more research.

Recent changes to the US Environmental Protection Agency’s (EPA’s) Integrated Risk Information System (IRIS), its main tool for judging the health effects of chemicals, could significantly lengthen the time needed to make assessments, a congressional watchdog has warned.

The Government Accountability Office (GAO) says it could now take the agency up to six years to complete chemical assessments - around a year longer than the current average. The changes allow federal agencies to suspend chemical assessments for up to 18 months to fill data gaps or eliminate uncertainty factors, and give agencies and the public 45 days to identify extra information on a chemical for the EPA to consider.

For thirty years the methyl anion (CH3-) enjoyed the title of the world’s strongest base - that is, having the greatest affinity to claw back a hydrogen ion. Now, its title has been taken by the lithium monoxide anion (LiO-).

Zhixin Tan and colleagues from the University of Minnesota, US, and the University of Sydney, Australia, publishing in  Proceedings of the National Academy of Sciences  (DOI: 10.1073/pnas.0801393105), calculated that the small, electropositive lithium makes LiOH an even weaker acid than methane (CH4) - so LiO- should be a stronger base than CH3-. They created the gas-phase anion by breaking up lithium oxalate with pulses of argon atoms in an electrospray ionisation mass spectrometer.

The anion quickly recombines to form LiOH, and beyond extending the limits of acid-base chemistry, has no practical applications. The researchers think it will be a challenge to find any other competitors for the strongest base crown.

The Royal Institution of Great Britain (RI) - often claimed as the world’s oldest independent research centre - has been re-opened after a two and a half year ?22 million refurbishment project. The new-look RI now sports a bar and restaurant, expanded museum, and extra learning spaces for the thousands of school parties that regularly troop through its halls.

The RI was founded in 1799, playing host to 14 Nobel prize winners and seeing the discovery of 10 chemical elements. It has long had a public outreach role - most notably in its Christmas lectures series for children, begun by Michael Faraday in 1826.

Research at the RI’s Davy-Faraday Research Laboratory (DFRL) is also due to restart this summer. Its new director Quentin Pankhurst, previously of University College London, will build up a 15 strong research team to investigate the use of magnetic materials in medicine.

Quantum dot pioneer Louis E Brus, of Columbia University, US, and carbon nanotube-discoverer Sumio Iijima, of Meijo University in Japan, were the first recipients of the Kavli prize for nanoscience, worth $1 million (?510,000). The prizes are awarded by the Norwegian Academy of Science and Letters, and are funded by physicist and entrepreneur Fred Kavli. Starting in 2008, they will be awarded every two years in nanoscience, neuroscience, and astrophysics.

Inorganic chemist M Frederick Hawthorne, one of the pioneers of boron cluster chemistry, will be awarded the 2009 Priestley medal, the gold medallion for distinguished service to chemistry which is the highest honour bestowed by the American Chemical Society. The boranes and carboranes created by Hawthorne’s research are now showing particular promise in biomedical applications from medical imaging to drug delivery.

Put two insulating polymers together, and the interface between them conducts electricity, scientists in the Netherlands have found.

Alberto Morpurgo and colleagues at the Delft University of Technology grew flat crystals about a micron thick of two organic compounds, tetrathiofulvalene (TTF) and 7,7,8,8-tetracyanoquinodimethane (TCNQ). When placed next to each other, the crystals stick together and surprisingly form a conducting strip about 2 nm across at their interface. 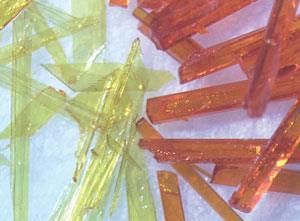 The researchers, publishing in Nature Materials  (DOI: 10.1038/nmat2205), say electrons in higher energy orbitals in TTF appear to be able to cross the interface, and move into lower energy orbitals in TCNQ. This allows a current to flow between the surfaces, though the transfer of charge seems to be confined to the two layers of molecules in contact, and requires high quality surfaces.

’There does not seem to be anything intrinsically special about the two materials used, and there is a whole zoo of these materials where it seems likely the phenomenon can be repeated,’ comments condensed matter physicist John Kirtley, a Humboldt Fellow at the University of Augsburg in Germany.

The United Nations has agreed to a moratorium on commercial schemes to fertilise the ocean to mitigate climate change.

Several ocean fertilisation companies have already been set up, some of which planned to conduct large-scale tests using iron filings to seed algal growth which would consume CO2. These firms had planned to sell credits on the international carbon market (see  Chemistry World  , January 2008, p5).

The decision, made on 30 May at the UN Convention on Biological Diversity in Bonn, Germany, will slow down such commercial plans. It has resulted in a ban on large-scale ocean fertilisation projects until researchers have a clearer understanding of the full effects of altering the ocean ecosystem in this way.

The US National Institutes of Health (NIH) has announced how it proposes to change its peer review system for awarding grants, in order to stimulate innovation and ease the burden on applicants and reviewers.

The changes, finalised after a year of consultation, include a commitment of $1 billion (?513 million) over the next five years to fund ’high-risk, high-impact’ applications. There are rewards for long-serving reviewers; a different scoring scale for proposals; and the application form has been streamlined from 25 to 12 pages to cut workloads.

But the NIH rejected the idea that failed applications which have been resubmitted should be treated as never seen before. The new system will be implemented over next 18 months; for full details got website.

The top of the pile 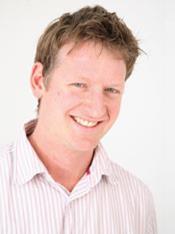 Six degrees: our future on a hotter planetby Mark Lynas (Fourth Estate) (ISBN 9780007209040) has been awarded the 2008 Royal Society Prize for Science Books, a highly prestigious award for science writing.

A journalist and environmental activist, Lynas highlights the urgency of tackling climate change by presenting a progressive series of plausible worst-case scenarios, based on the expectations of the peer-reviewed scientific literature.The book is divided into six chapters: the first describing the expected effect of a one degree average global temperature rise since pre-industrial times; the second, two degrees, and so on with ever-increasing environmental impact until chapter six, which relates the expected doomsday effects of six degrees average global temperature. Lynas hopes that the publication will stimulate not just debate but practical action.

The winner, who received a cheque for ?10,000, was chosen from a short list of six by a panel of five judges chaired by Jonathan Ashmore of University College, London.

The other shortlisted books were as follows: