Following Fukushima, talks have begun on the future of nuclear power in China

’China has the world’s largest number of reactors being constructed, and there is every reason to carefully evaluate issues from safety to economics,’ said Stephan Thomas, a professor of energy policy at the UK-based Greenwich University, talking at a Beijing based seminar to discuss nuclear developments.

For the first time, different sides of the nuclear development debate are openly discussing the issue in China, after the Fukushima crisis prompted China to suspend the approval of all new reactors whilst working out a national nuclear safety strategy. 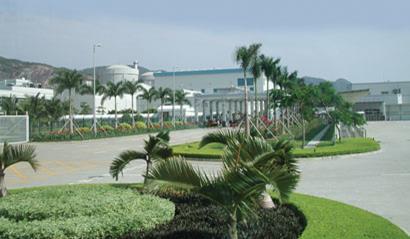 China has 13 operating nuclear power reactors, with another 20 currently under construction - more than the total number of reactors being constructed elsewhere in the world - and by 2020 Chinese nuclear power capacity will reach 80 million kilowatts, meaning that nuclear power will contribute seven per cent of China’s total power supply within 10 years.

Jiang Kejun, a senior research fellow at the Energy Research Institute of the National Development and Reform Commission, estimates that by 2050, China’s nuclear power capacity could reach 400 to 500 million kilowatts if the country insists on a low-carbon development scenario.

At another meeting to evaluate nuclear safety, held in Beijing by the US Natural Resources Defense Council, in late June, experts generally agreed that as China’s reactors were built later than the reactors in Fukushima similar problems to those in Japan would be avoided. The meeting also concluded that more safety measures are needed to improve the reactors’ accountability. ’But the increased safety measures mean higher costs,’ says Thomas, who adds that the cost to build nuclear reactors has been increasing rather than decreasing with larger scales of development

In some recent cases in the US and United Arabic Emirates, the estimated costs have reached US$6000 (?3750) per kilowatt of installed capacity, much higher than the price of US$1000 promised by nuclear advocates some 10 years ago. Thomas says that with the Fukushima crisis, the increased safety concerns will definitely further increase the costs of nuclear power and ’at such a higher cost, nuclear power is not competitive at all.’

Mi Sen, director of the Shanghai office of China National Nuclear Engineering Corp, which builds most of the nation’s nuclear reactors, says that China’s nuclear reactor costs should be much lower than Thomas has estimated, as localisation of foreign technologies has brought down costs dramatically. But He Zuoxiu, a nuclear physicist and member of the Chinese Academy of Sciences (CAS), said that these relatively lower costs do not consider the money used to process and preserve nuclear waste, and so far there are no final solutions for this worldwide. ’The 9-magnitude earthquake and the subsequent tsunami are accidental crises, but shouldn’t our nuclear plants be equipped to defend against higher degrees of earthquake? If so, who should bear the increased costs?’ he asked.

He also worries that China’s lack of uranium mine resources could impede the nation’s nuclear power plans. Yet Timothy Stone, chairman of the Global Infrastructure and Projects group of international financing giant KPMG, told Chinese media last week that the uranium supplies problem can be easily solved through a mature international supply chain. Stone added that the shock of the Fukushima accident could lower the price of nuclear equipment and raw material resources - in a sense, being ’helpful’ to nations like China and the United Kingdom where nuclear energies seem to be inevitable.

In June, Germany announced that it will give up nuclear power by 2022. This was followed by Switzerland’s plan to be nuclear-free by 2034 and opposition in Italy to the government’s move to resume development of nuclear power.

Martin Fleischer, a German diplomat in Beijing and a former nuclear agency official, says that nuclear phasing-out is the choice of the German people, who have been divided by nuclear issues for 40 years. However, says Jiang ’when people heard the applause of anti-nuclear groups in Germany, they did not notice the price hike caused by the nuclear phasing-out. Germany will have to import electricity if the nuclear plants are totally phased out.’

Mi admits that compared with the decade-long public debates in other countries, the Chinese nuclear industry has not done enough to engage the public. Many Chinese officials and experts worry that the public discussions on nuclear power will mislead both the public and policymakers. But Fleischer says that the German experience shows that during the debates, the public has been educated and informed, which helped policymakers make more rational decisions.

Among the discussions raised in late June, there were also calls for China to pass a law on nuclear safety and set up an independent nuclear regulatory agency. Currently, the Ministry of Environmental Protection works as the nation’s Nuclear Safety Bureau, but its regulations have been criticised as being defocused.

In China, all sides taking part in the recent discussions agree that public participation at all levels must be improved. Mi also says that better participation could help the industry identify previously unnoticed problems. ’Even though it could cause some delays, it would give our industry more time to develop the talent to meet the fast industrial development,’ he adds.