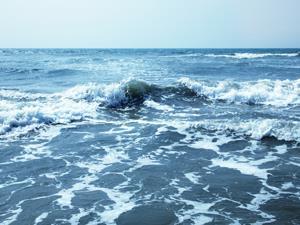 US researchers hunting for new antibiotics appear to have serendipitously discovered the ‘missing link’ accounting for the mysterious production of methane in the world’s oceans.1 The finding explains the 'ocean methane paradox’, where high concentrations of methane, an important greenhouse gas, are found in oxygenated waters, whereas methane-producing microorganisms, methanogens, cannot survive in the presence of oxygen. Meanwhile, a separate research study suggests that billions of tonnes of methane could be sitting beneath the Antarctic Ice Sheet, and could be released if the ice sheet shrinks as a result of global warming.2

Methane from the aerobic oceans accounts for up to 4% of global methane production – a significant quantity given its potency as a greenhouse gas. This cannot be accounted for by anaerobic methanogens. In 2008, a team led by David Karl of the University of Hawaii demonstrated that in phosphate-depleted waters, aerobic microbes could metabolise a compound called methylphosphonic acid (MPn) as a source of phosphate, releasing methane as a by-product.3 However, there was no known source of naturally occurring MPn, leaving the paradox unsolved.

But now the conundrum appears to have been cracked. A team led by William Metcalf at the University of Illinois has discovered – quite by chance – the biosynthetic apparatus for MPn in marine microbes, suggesting that the molecule is widespread in ocean environments.

‘I’m part of a collaboration that looks at novel antibiotic compounds,’ says Metcalf. ‘One group of compounds we are interested in are based on phosphonic acids, so we look at organisms that have the genetic capacity to produce these.’

One of these organisms is a marine microbe called Nitrosopumilus maritimus, part of a group whose members are among the most abundant microorganisms in marine surface waters. The researchers found a gene cluster which looked likely to produce phosphonates. They isolated one of the genes, expressed its protein, purified it and analysed its activity. ‘We were surprised to see the product was methylphosphonate,’ says Metcalf, who singles out colleague Wilfred van der Donk for exceptional work on the enzyme biochemistry. Furthermore similar gene sequences can be seen in other marine microbes, making it likely that MPn is sufficiently abundant to account for methane production in aerobic marine environments.

Edward De Long of the Massachusetts Institute of Technology, US, was a co-author of Karl’s on the 2008 paper. Commenting on the new work he says: ‘It appears that abundant types of planktonic archaea and bacteria provide the methylphosphonate “missing link”, and produce this compound in the marine environment.’ Karl says: ‘Now we have the complete methane production cycle and can move on to other first order questions like who is doing this, why are they making methylphosphonate and what controls, if any, are there on the total flux pathway. It should be an exciting next decade of research and discovery.’

Meanwhile, a research team led by Jemma Wadham at the University of Bristol, UK, suggests that the Antarctic Ice Sheet could be a significant but overlooked source of global methane. The team estimates that there could be more than 20 billion tonnes of organic carbon beneath the ice. ‘This is an immense amount of organic carbon, more than 10 times the size of carbon stocks in northern permafrost regions,’ says Wadham. ‘Our laboratory experiments tell us that these sub-ice environments are also biologically active, meaning that this organic carbon is probably being metabolised to carbon dioxide and methane gas by microbes.’

Numerical simulation of methane production by methanogenic microorganisms suggests that up to 400 billion tonnes of methane could be sitting under the ice. If the ice sheet collapses due to a warming climate, this could release the gas, which in turn would increase warming, the researchers say.