Researchers in Germany have developed a simple, rapid and high-yielding cascade synthesis of a collection of polycyclic compounds that resemble indole alkaloid natural products and which interfere with cell division. The compounds could be promising new anticancer drug candidates.

The team, led by Herbert Waldmann and Kamal Kumar of the Max Planck Institute for Molecular Physiology at Dortmund, was inspired to investigate the synthesis of a class of compounds called indoloquinolizines after one such molecule was shown to have a peculiar effect on cell division. ’One of the students asked me to look into the microscope at dividing cells that had been treated with one of these compounds,’ says Waldmann. ’Instead of dividing into two, the cells were dividing into three. This was very unusual and very strange.’ 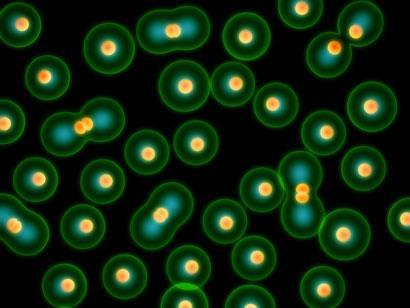 The researchers set about devising a new and straightforward way to make multiple indoloquinolizines that have a core tetracyclic scaffold similar to numerous polycyclic indole alkaloids found in nature. The team had already devised a way to synthesise tricyclic benzopyrones, which contain two electrophilic sites, and reasoned that the reaction of these compounds with tryptamine derivatives - containing two nucleophilic centres - would produce the requisite tetracyclic core. This approach proved fruitful, and resulted in a one-pot, 12-step ’cascade’ reaction sequence involving nine different chemical transformations. By tweaking the initial - commercially available - substrates, a family of differently substituted indoloquinolizines was produced. 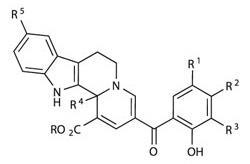 ’Yields are exceptionally high for a 12-step long cascade reaction sequence,’ says Kumar. ’We initially reported 26 different variations of the compound, with yields ranging between 20 and 90%. We have subsequently made around 50 compounds.’

When cells are exposed to the molecules, in many cases the cell division process is impaired. ’The compounds act upon an organelle called the centrosome, which is "schoolmaster" of the cell - it teaches it how to count from one to two,’ says Waldmann. ’The centrosome needs to be duplicated only once to assure formation of two daughter cells. If this counting mechanism is disrupted, cell division is impaired and ultimately the resulting cells undergo programmed cell death.’ Further investigation showed that the new compounds interact with two key proteins associated with the centrosome. Waldmann says that because of their antiproliferative action on cells, the molecules are potential anticancer agents.

Fanni Gergely, who researches centrosome biology at Cancer Research UK, agrees. ’These natural product-inspired compounds are highly likely to be bioactive and are therefore hugely desirable when searching for drugs that control unique processes in the body. This new study has found an efficient way to generate such compounds, a technique that will be important for future drug discovery programmes.’