China should set up a publicly funded open access (OA) journal scheme and ask its scientists to publish in domestic journals to help boost the country’s flagging science publication sector, according to Zhu Zuoyan, the recently retired deputy head of the Natural Science Foundation of China (NSFC). Zhu made the remar k at one of NSFC’s Shuangqing Forum series, held on 27-28 August to discuss Chinese journal development.
’Such a scheme would not need a large amount of money,’ said Zhu, who was responsible for scientific publications at NSFC. ’A 200 million yuan (US$29.4 million) fund could allow several leading Chinese journals to operate in an open access way,’ he added. 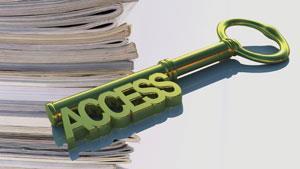 Could open access be the key to boosting impact factors?

More often than not, Chinese scientists opt to publish their work in overseas journals, endangering the existence of China’s 5000 scientific journals. In 2006, more than 75 per cent of China’s 6000 chemistry papers in  Science Citation Index   (SCI)-listed journals were published outside of China, according to the Institute of Science and Technology Information of China. ’In many fields of chemistry, we have the world’s leading researchers, but never the world’s leading journals,’ said Xiang Zheng, editor-in-chief of the Chemical Journal of Chinese Universities ,  operated by Changchun-based Jilin University.
China’s science institutions often evaluate the outputs of their scientists using the impact factors of the journals they publish in. Many international journals have higher impact factors than Chinese publications.
Zhu and other scientists say that a publicly funded OA model - which can offer free readership while charging less from authors than typical OA - would increase the impact factors of Chinese journals. Public funding would also help journals to hire more editors to quicken the paper reviewing time, they say.
Zhu also proposes that the NSFC should ask its grant receivers to publish at least some of their major papers in domestic journals, although he admits that the proposal has not been agreed by NSFC leaders.
But Hugo Zhang, managing director for Science &Technology, Elsevier China, says that the open-access model is far from mature worldwide. ’There is even not a universal definition for OA,’ Zhang told the forum. ’The best way to advance open access is to run trials and then to observe.’