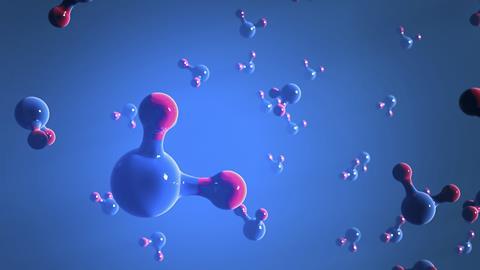 Excited water molecules can rid themselves of their extra energy by producing slow electrons, the kind that can damage DNA.

When molecules collide with high-energy projectiles like x-rays or γ-radiation, it can knock out one of their core electrons. To return to an energetically more stable state, one of the molecule’s higher energy electrons jumps in to fill the gap. The energy released during this process can be transferred to yet another electron that is then ejected, creating an ion.

But this Auger−Meitner decay isn’t the only way molecules get rid of collision energy. The molecule can transfer its excitation energy to a neighbour, which in turn is ionised by ejecting one of its valence electrons. This intermolecular Coulombic decay (ICD) has been observed in water dimers up to small clusters – up to 200 molecules – but now it has also been found in bulk liquid water.

Researchers aimed extreme ultraviolet light pulses at a water microjet and then captured the ejected electrons with a photoelectron spectrometer. They found large amounts of slow, low energy electrons that hint at ICD being the major decay pathway in water.

Although the electrons produced during ICD shouldn’t have enough energy to directly ionise other molecules, they are very damaging to biomolecules and can even break DNA strands. In the aqueous environment of living tissues, water’s ICD electrons are likely to dominate radiation damage. Understanding ICD electrons’ damaging potential could allow people to use them in cancer therapies.