A model to screen IL toxicity against bacteria

Rapid screening of ionic liquids to determine their toxicity is now possible thanks to a modelling technique by scientists in Spain.

Ionic liquids (IL) - salts with low melting points - are being investigated as green alternatives to solvents, because their negligible vapour pressures result in minimal atmospheric contamination. However, their slight solubility in water poses a potential risk to aquatic ecosystems, as the toxicity of ILs is still relatively unknown.

Methods to predict the toxicity of unknown ILs would be very useful in IL research. Unfortunately, the only currently investigated method, quantitative structure-activity relationships, is labour intensive and time consuming.

Now, Manuel Alvarez-Guerra and Angel Irabien at the University of Cantabria, in Santander, have devised a model to screen the toxicity of unknown ILs towards Vibrio fischeri, a standard bacterial assay for IL toxicity.

The technique uses toxicity data from 64 known cations and 30 known anions that can be combined to theoretically make 1920 unique ionic liquids. By applying partial least squares-discriminant analysis and using the toxicity of toluene as a threshold value, the potential hazards of all the possible ILs can be predicted. After ’training’ their model using a standard set of toxicity data, the team was able to confirm the model’s accuracy with a test set, obtaining a non-error rate of 93 per cent. 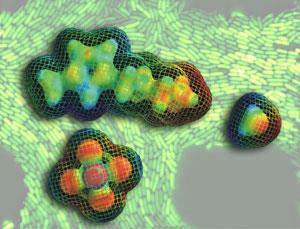 ’This tool could easily guide the design effort [of ILs] from the earliest steps of the process,’ says Alvarez-Guerra, ’so we can direct the effort towards ionic liquids that we think will be less toxic than the conventional solvents that they may replace.’

Gloria Elliott, an expert in the biocompatibility of ionic liquids at the University of North Carolina at Charlotte, US, praises the novelty of the work. ’Most of the [current] work has been looking at the structures and trying to deduce what functional groups or chain lengths would give rise to an enhanced toxicity,’ she explains. ’But this takes the next step and starts to put it into computer language and enable more high-throughput processing,’ she adds.

However, she highlights that before the model can fulfil its potential, it needs to be tested against other datasets, such as toxicity data for cells of other species and higher organisms. Alvarez-Guerra agrees that this is the next step, but would rely on the availability of data.