New research suggests that the increasing use of bibliometric parameters to evaluate academic success could be compromising research objectivity and integrity. 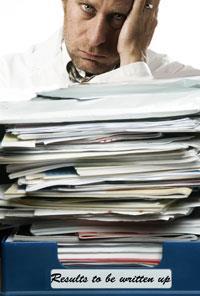 Is the pressure to publish affecting objectivity?

By analysing over 1300 academic papers published in the US, a study suggests that research is more likely to support a tested hypothesis if the authors are located in more academically ’productive’ states. The link between positive outcomes and academic productivity, independent of discipline and funding availability, could be due to the so called ’publish or perish’ culture, where competition is encouraged and scientific careers depend on publication rates.

Rivalry is promoted in scientifically advanced countries such as the US through pressure to publish frequently, but the success of a scientific paper can depend on whether it shows a positive or negative result.

The study’s author, Daniele Fanelli from the University of Edinburgh, UK, has suggested that ’the same phenomenon might be observed in other countries where academic competition and pressures to publish are high’.

Nathan Patmore of the chemistry department at the University of Sheffield, UK, has worked as an academic in both the US and UK. ’Young academics in the US are under a lot of pressure to publish because of the tenure process. There is a similar pressure in the UK where academic success has been measured by publication rate and quality in the [Research Assessment Exercise].’

While the study does not exclude that researchers in more productive states may just be smarter and better equipped, and thus more successful, Fanelli feels that this is unlikely to fully explain the marked trend observed. The study suggests that scientists working in more competitive and productive environments are more likely to make results look ’positive’ and lower the quality of the science itself.

Clare Grey, appointed head of inorganic chemistry at the University of Cambridge, UK, after working in the US for many years, is not convinced that these findings have anything to do with the publish or perish culture. ’Both journals and reviewers tend not to get as excited by negative results. Academics tend to come up with new hypotheses and test them until one works allowing them to then publish in their favourite journal.’

Patmore agrees that positive results are more likely to be published in higher impact journals and adds that ’academics may spend more time reporting positive results but that does not necessarily jeopardise the integrity of the research’.