Putting structural transformations under the microscope

Using just the heat from a tunnelling electron microscope (TEM), a group from California, US, has induced a structural transformation in a copper sulfide nanorod and then used the microscope to watch the process as it happened.

Just as heat can induce phase changes, such as melting ice, it can also cause solids to change from one crystal structure to another. Structural transformations like these are attracting attention for information storage and could form the basis of an alternative to computer hard drives. However, to make such devices the process needs to be better understood and controlled. 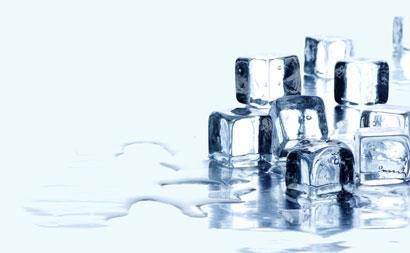 At the Lawrence Berkeley National Laboratory, Paul Alivisatos and colleagues made nanorods of copper sulfide, a material that switches between low (L) and high (H) chalcocite phases at just above room temperature. This meant that the electron beam employed by the TEM heats up the material just enough to induce a structural transformation, while it is being used to study the material.

Phase transition theory predicts that the system will fluctuate between equilibrium structures and Alivisatos did indeed see the nanorod fluctuate between two structures before settling into the high chalcocite structure. By increasing the intensity of the TEM’s electron beam the group found that they could also speed up the rate at which the copper sulfide switched between the two phases.

What’s more, Alivisatos’ group saw that the forward and reverse transformations occur in different ways. In the L to H direction, the H phase starts at the outer edges and works inwards, like melting, but when going back to the L form, it seems the phase nucleates in the centre of the nanorod and grows from there. The group also showed that defects in the crystal affect how the transformations occurred.

Majed Chergui, of the Laboratory of Ultrafast Spectroscopy at the Federal Polytechnique of Lausanne, Switzerland, says the work ’is yet another demonstration of the impressive capabilities of electron microscopy’. Although he points out that femtosecond results can be got using laser pulsing instead of using the TEM as the heat source.