Rare subvalent compound sits on the fence between semiconductors and intermetallics

Researchers in the US have made a compound with such unusual bonding patterns that current theories would not have predicted them. Laden with an excess of metal, Ir6In32S21 is a rare example of a polar subchalcogenide, and combines the features of an intermetallic compound with an electron-precise semiconductor.

Mercouri Kanatzidis’ team at Northwestern University established the precise synthetic conditions required to grow crystals of Ir6In32S21: sulfur-poor conditions and a liquid indium solvent. Part of the subvalent family of compounds, the subchalcogenide contains surplus metal, which is in a partial oxidation state, and the metals compete to donate their electrons. Due to having both metal–metal and metal–main group interactions, subvalent compounds sit on the fence between intermetallics and semiconductors. Although Ir6In32S21 bears similarities to other subchalcogenides, surprisingly it is a semiconductor, proving that semiconducting behaviour can arise from extended metal–metal bonded networks. 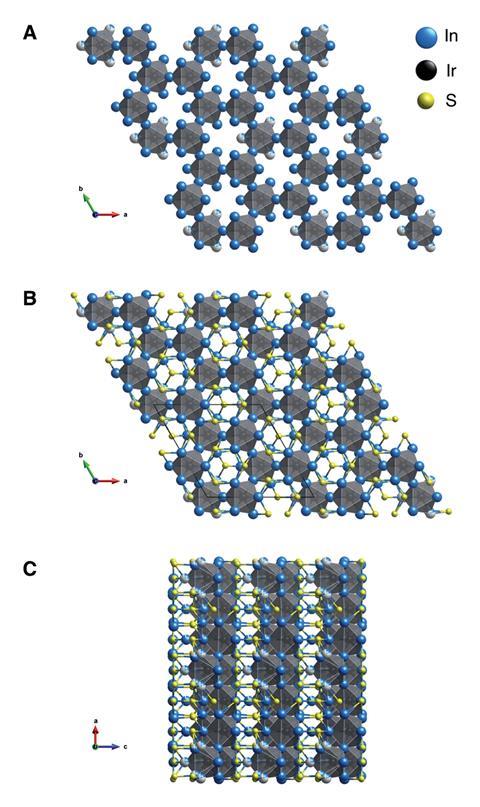 Kanatzidis’ research group’s aim is to uncover unexplored reaction pathways to enable other scientists to predict the structures and properties of a particular compound and synthesis route. Although chemists can often predict the outcome of an organic reaction, the same is not typical for inorganic solid-state reactions. ‘If reaction paths can be understood there is no telling what new and surprising compounds are out there to be found,’ says Kanatzidis.

‘This work enriches the palette of known subchalcogenides. Subvalent compounds, in particular, subchalcogenides, are quite rare, so every new instance is a Christmas gift for chemists,’ says Anna Isaeva, who leads the topological materials research group at Dresden University of Technology in Germany. ‘One of the main results of this work is detailed understanding of the underlying bonding principle.’ The structure comprises a hexagonal three-dimensional network of IrIn7 distorted mono-capped trigonal prisms and IrIn6 distorted octahedrons. Indium atoms act as bridges between the other more electronegative atoms in the structure. 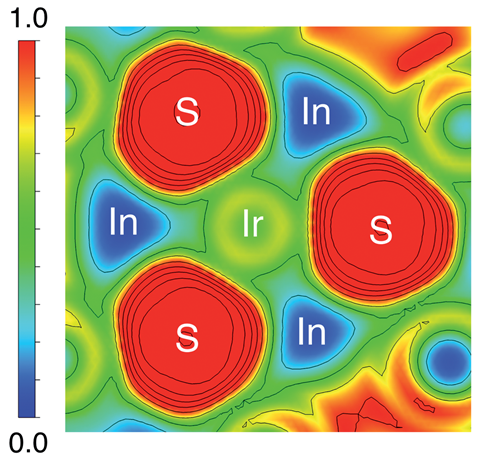 The compound exhibits Dresselhaus spin-splitting meaning that the spin-splitting can be controlled by an external field. Isaeva says such properties could see the compound find use in spintronics applications.