Registrations for EU chemicals legislation 28 per cent lower than forecast, but regulators insist the process was a success

The number of chemicals recorded for registration as part of landmark European chemical legislation was 28 per cent lower than expected, prompting renewed concern from downstream manufacturers. But the European Chemicals Agency (ECHA), the body charged with administering the process, says the registration process itself has been a success.

The first registration deadline for the Registration, evaluation, authorisation and restriction of chemicals (Reach) regulation passed at midnight last night. The ECHA received 25,000 registration dossiers covering 3400 chemicals already on the market before the regulation went live, ’phase-in’ chemicals - 28 per cent fewer than the 4700 chemicals it had expected. 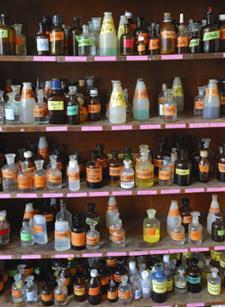 Fewer chemicals were registered than expected

This first of three deadlines applied to bulk chemicals and so-called substances of very high concern, a relatively small group. Subsequent deadlines in 2013 and 2018 will apply to the wide range of chemicals produced and sold in smaller amounts. Under the Reach regulation, which came into force in 2007, once the relevant deadline is passed, companies must withdraw from the market any chemicals that are not covered by particular dossiers.

Earlier this year, downstream manufacturers voiced concern that they could suffer disproportionately if their suppliers failed to register their chemicals. Kevin Considine, senior policy adviser at UK manufacturers’ organisation EEF says that the difference between the number of expected registrations and the number of registrations recorded before the deadline is cause for concern. But he adds that it will take several more months for the dust to settle before manufacturers will know whether the chemicals they need have been covered.

’We don’t know whether it’s a cause for concern,’ says Geert Dancet, executive director of the ECHA. The list of substances used for the estimate was put together from several different industry sources. ’There may be some exaggeration there,’ he adds. The groups put together to coordinate registrations may also have found ways to merge dossiers. In addition, some companies may have found ways to delay until a later deadline by reassessing the volumes used. ’We want to get to the bottom of this clearly,’ Dancet says. ’We promised that to the downstream industry.’

Meanwhile, the upstream industry lauded the achievement. ’These registration figures for the first phase are evidence that the chemical industry is committed to making Reach work and has invested huge resources in meeting this first registration deadline,’ said Hubert Mandery, director general of the European Chemical Industry Council.

Dancet says he is pleased with the performance of companies and the ECHA, and feels that the underlying legislation is performing well. For example, small and medium sized companies accounted for 14 per cent of registrations, evidence he says that they have coped with the burden.

The ECHA now needs to finish checking the dossiers for completeness. So far 15,000 of the 25,000 dossiers submitted for the first deadline have been processed. Companies responsible for incomplete dossiers will get four months to submit additional information.