Reconstructing how the Romans made glass 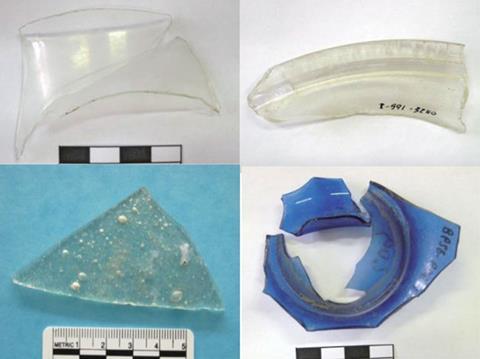 Man has been making glass since the third millennium BC and during the manufacture of ancient glass, antimony, in a metal or mineral form, was added to make it colourless or opaque.

Different antimony ores have slightly different antimony isotope ratios and researchers in Belgium and the UK have developed an inductively-coupled plasma mass spectrometry (ICP-MS) method to detect and quantify these tiny differences. By analysing samples of Roman glass, the team hope to uncover clues about how the glass was made and the geographical provenance of the raw materials.

Initial results suggest antimony ores from at least two locations were used to make the Roman glass being analysed. ‘We hope to be able to geographically localise these sources and, thus, reveal information as to the origin of antimony used for thousands of years in the art of making glass,’ says Frank Vanhaecke from Ghent University, who led the research. By performing isotope analysis on a series of elements found in glass the team ultimately want to reveal the origin of various starting materials and reconstruct the entire glass manufacturing process and associated trade routes.

Kalliopi Nikita, an expert in the archaeology of glass at the University of Nottingham, UK, believes this is promising work. ‘The focus on antimony is very important given that the technology of antimony-rich glasses has specific temporal and regional implications,’ she says. Nikita thinks the technique could be very useful for the study of archaeological glass, especially the transparent colourless types, as a means of resolving problems when identifying primary and secondary glass production sites, along with the links between them. ‘Moreover, through this methodology, the exploitation of natural resources associated with antimony ores for technological purposes can be illuminated – and this is not confined to the production of ancient glass,’ she adds.