The red mud in Hungary has brought EU rules under scrutiny

The alumina waste sludge accident in Hungary shows that the the European Union needs to be more effective in its enforcement of legislation on waste containing dangerous chemicals, according to environmental lawyers.

Nine people were killed and over a hundred injured after a dyke around an alumina waste pond belonging to MAL Magyar Alum?nium near Ajka burst on 4 October. Around 600,000-700,000m3 of highly alkaline red mud spread across 1000ha into nearby villages and rivers, eventually running into the Danube.

’It is not so much that there needs to be changes to legislation but that the existing rules should be more rigorously enforced,’ says Vito Buonsante, an environmental lawyer at the legal pressure group ClientEarth in Brussels. 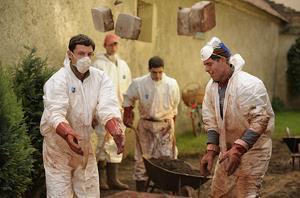 The sludge from a bauxite conversion process had a pH of 13-13.5 - the same as bleach

In 1982, the EU brought into force the so-called Seveso directive (82/501/EEC) aimed at the prevention and control of accidents in the chemical industry. This was replaced by Seveso II in 1996.

’It is not exactly clear which directive - whether Seveso II and the recently approved mining waste directive or other EU legislation - has been applied to this waste pond,’ Buonsante continues. ’But whatever the EU legislation, it would have required close monitoring and supervision of the waste, which clearly did not happen. The lesson to be learned from this incident is that EU regulations on dangerous chemicals waste are not being implemented effectively, particularly in the eastern European countries.’

This is a view echoed by the World Wildlife Fund (WWF), which says aerial photographs taken in June show a leakage through the dyke around the waste pond. ’The regulatory monitoring and control of these waste sites needs to be tightened up,’ says G?bor Figeczky, acting director of WWF Hungary.

In the aftermath of the disaster, the chemical industry is now bracing itself for a tightening up of the Seveso II directive and other EU legislation covering potentially hazardous production sites. ’It is now likely that when [the Registration, Evaluation, Authorisation & Restriction of Chemicals regulation] is reviewed in 2012 its extension to cover waste will be considered,’ says Steve Elliott, chief executive of the UK Chemical Industries Association.

The accident is also considered to be test for the 2004 European liability directive (ELD). This has been incorporated into Hungary’s national legislation, alongside a plan for it to be mandatory for companies to set aside funds for remedying environmental damage in the event of accidents.

’The ELD was specifically drawn up to prevent these kinds of accidents because companies would take action to ensure they didn’t happen due to high liabilities,’ says Sandy Luk, another ClientEarth lawyer.