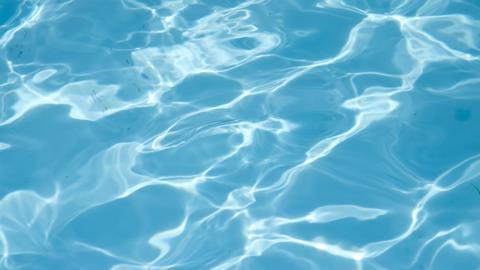 Remarkably durable water splitting photocatalyst lasts for half a year

Photocatalytic water splitting is a promising approach to producing hydrogen fuel. However, despite many groups dedicating their research to improving the activity of photocatalysts, few studies focus on their long term durability – the main barrier to commercial application.

Led by Kazunari Domen, a team of researchers at the University of Tokyo in Japan has taken on the challenge. Their new study investigates the long term durability of RhCrOx/SrTiO3:Al and yields impressive results – the catalyst maintains water splitting activity for 1300 hours, a marked step up from related materials with a durability of ~150 hours. 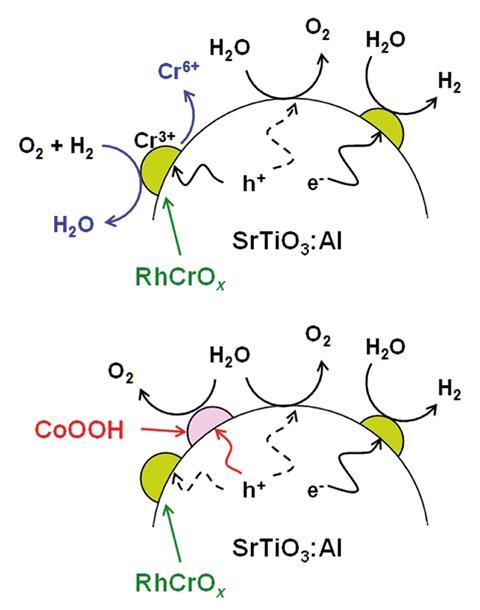 In the absence of CoOOH (top), photoexcited holes oxidise not only water but also the RhCrOx, leading to the dissolution of chromium. As a result, backward reactions occur on the chromium-deficient RhCrOx cocatalyst exposed to the reaction solution. CoOOH loaded on the oxidation sites, however, is believed to collect photoexcited holes (bottom)

The increase in durability stems from the scientists photodepositing CoOOH onto the catalyst. When photo-excited holes migrate to the rhodium chromium oxide cocatalysts that serve as hydrogen evolution sites, Cr(III) is oxidised to Cr(VI) and dissolves in aqueous solution, which results in the hydrogen evolution sites being lost. The role of CoOOH is to trap excess holes, and thereby suppress degradation of the photocatalyst, stabilising the entire system.

The researchers also achieved a solar-to-hydrogen energy conversion efficiency of 0.3%. Domen describes this figure as ‘not so high’; the Domen group has previously reported photocatalysts with 1% efficiency.2 However, he explains that previously reported water-splitting photocatalysts are ‘not durable yet,’ so the work represents an important step towards commercial viability.

‘Longevity is the key to commercial applications,’ says Frank Osterloh, a water splitting expert at the University of California, Davis, in the US. ‘[This] is one of those benchmark studies that will affect how people think about making fuels from sunlight.’

Osterloh also highlights the scalable nature of the system – which happens to be exactly what Domen is focussing on next. Domen says his group is now developing a 100m2 version of their durable photocatalyst that they hope to complete by mid-2019.

However, the challenge does not end here – Domen adds that ‘to apply to the real world, one to three year durability [is needed].’