Roll back for REF

The UK’s universities and science minister has announced a 1-year delay to a new research assessment system, saying that time is needed to resolve concerns over how the social and economic ’impact’ of research is measured.

David Willetts made the announcement during a speech on 9 July at the Royal Institution (RI) in London, UK. ’We need to think harder about impact,’ Willetts said, announcing that the delay to the Research Excellence Framework (REF) would give the Higher Education Funding Council for England (Hefce) time ’to figure out whether there is a method of assessing impact which is sound and which is acceptable to the academic community’. 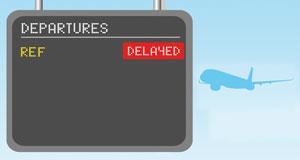 Impact assessment, which could account for up to 25 per cent of research quality assessment, has come under fire as being too narrowly focused on economic returns and potentially stifling basic research. Towards the end of last year the University and College Union (UCU) collected over 18 000 signatures on a petition calling for the abandonment of impact assessment within the REF.

UCU strongly backs the decision to delay the implementation of the REF. ’We think it’s very much a good decision,’ a UCU spokesperson told Chemistry World. ’We feel these proposals would wreck the very basis of innovation and fly in the face of what research is all about.’

Despite the objections, early results from a pilot project assessing research impact at 29 universities suggest that despite teething problems, resistance to the impact agenda may be fading.

At a recent meeting on the REF, Mary Fridlington, senior assistant registrar at the University of Oxford, UK, where the clinical medicine and environmental science departments took part in the pilot, said it was hard pulling information from researchers. ’It’s such a very different way for them to think about things,’ she said.

This was also the experience of the physicists at the University of York, UK. ’It felt like they were very close to the research and very keen on describing the actual work,’ explained Rachel Curwen, research policy officer at the university. ’There was a language barrier about selling their research in a very particular way.’

Anna Grey, research policy manager at York who led the physics pilot at the university, says this is a skill scientists will need to develop and that the sector ’needs to start describing impact better’.

Despite the initial hostile reaction, feedback from the pilot suggests researchers are coming round to this new method of research appraisal.

However, the UCU spokesperson feels the petition is valid: ’these [signatories] had a good understanding of what was involved, and there was very strong opposition to what was being planned and what it would entail and I believe that opposition still stands.’

The delay to the REF did not surprise many in higher education - ’the timescales were just too short and I think everyone in the sector recognised that,’ says Grey.

David Sweeney, director of research, innovation and skills at Hefce confirms that an extension had been expected - but is relieved that Willetts only chose to postpone implementation for a year. ’Before the election he was talking about longer delays,’ Sweeney says. ’I’m glad he’s accepted that there is sufficient time to assess the outcome of the pilot with only a year’s delay.’

’The challenge is to offer very hard-headed evidence of economic returns to R&D in science and then hope that enables us to sustain the essential science base,’ Willetts said in his speech. He said he ’believes’ in the REF but is sceptical of the current impact agenda, though can see ’why people got into it’. Willetts said it was important to look beyond peer reviewed papers as a measure of research success and consider other activities such as communication, influencing policy and public engagement.

Universities will make their first REF submissions in 2013, to inform funding decisions from 2015.