Authors of RSC journal papers can now choose to have their research freely available the moment it is published - for a fee.

Authors of RSC journal papers can now choose to have their research freely available the moment it is published - for a fee. 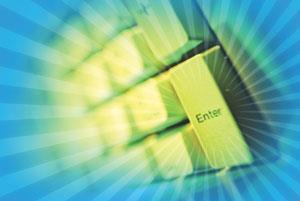 The RSC has been critical of such open access (OA) publishing models in the past but Robert Parker, RSC publishing’s editorial director, said the move was business-minded to keep RSC publishing competitive. ’We need to position ourselves so that we have a basis for any potential new source of income or financial model,’ he said, ’within the remit of serving the chemistry community and disseminating chemistry.’

In the same vein as the ACS model, the RSC will offer authors whose papers have satisfied the peer review process the option to pay a fee for their article to be made freely available. The basic fee for a primary research article will be ?1600.

Moving with the times

Robert Bovenschulte, president of the ACS publications division was reluctant to describe the ACS AuthorChoice initiative as an OA model. He told Chemistry World  that ’open access’ was ’a bit of a dangerous term’, as it had come to be used in so many different contexts. ’I think that people who truly believe in open access think that all research articles should be openly available to everyone,’ he said. ’I see this model more as providing an option for authors, and accommodating those authors who want to make their research openly available.’

For many authors of research papers in the biological science fields, this has now become mandatory. The Wellcome Trust is the UK’s largest non-governmental funding body for biomedical sciences. It requires of all of its grant holders that they submit a final electronic copy of their manuscripts to PubMed Central (PMC) or UK PubMed Central (UKPMC), Wellcome’s OA publishing websites.

Despite the increasing emergence of OA publishing, neither the RSC nor ACS is optimistic about its financial benefits or popularity among the chemistry community. Parker told Chemistry Worldthat he predicted a low uptake of fewer than 100 OA papers in the next year and warned that any quick move to the full OA scenario would pose ’a challenge to learned societies’.

If it works for biology.

Brian Vickery, deputy editor at OA publishers Biomed Central is more positive about its potential impact and believes that, although the publishing model has its origins among biomedical and physics researchers, chemists are now starting to take notice. Vickery hopes that the recent launch of Chemistry Central will show chemists that there is a credible OA alternative to traditional publications. The next phase will be the launch of the Chemistry Central Journal  in 2007.

Oxford Journals, part of Oxford University Press, has an optional OA model with 50 participating journals. The group has found that the level of interest in their author-pays OA model has varied greatly between disciplines with most of the uptake being in the biomedical area.

’Our results so far suggest that open access is likely to be only one of a range of models that will be necessary to support the requirements of different research communities,’ said Mithu Mukherjee from Oxford Journals.